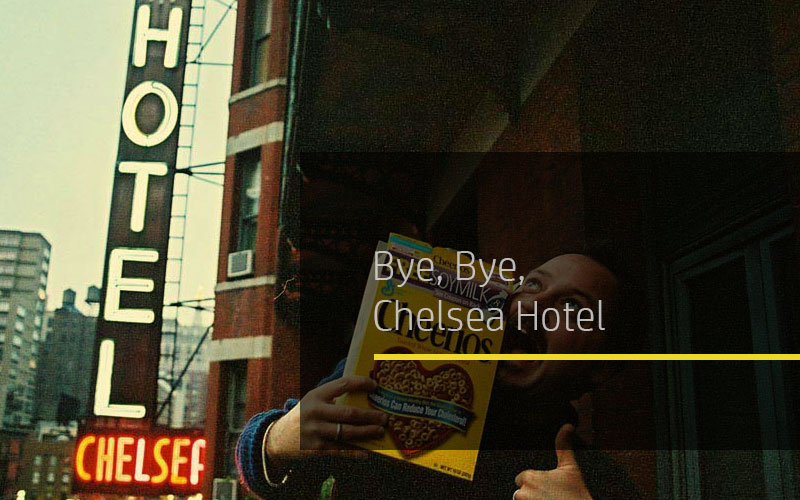 28 Mar
Following the closure of the doors on the very famous Chelsea Hotel, Manhattan, Headpress asked some of its authors for their comments on the matter. Here are some thoughts from Simon Morrison, author of Discombobulated: Dispatches from the Wrong Side. 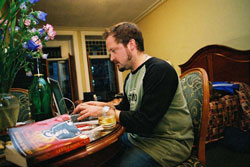 Hard at it in the Chelsea.

When I penned a story for DJmagazine in the suite I had hired in the Chelsea Hotel, I wrote the following: ‘If you’re into beat culture, the Chelsea is just somewhere you have to go in the course of your life, like maybe Mecca or Graceland… You’ll find that if you tickle the underbelly of American culture, the Chelsea chuckles’.

And I stand by that. If you’re into counterculture the Chelsea looms large and it was a highlight of my writing career to spend a week in a suite there, to really sink into the place. The place was surprisingly scruffy, worn-in, frayed around the edges; and yet the history oozed from the pores in the walls; seeped out from behind the peeling wallpaper. 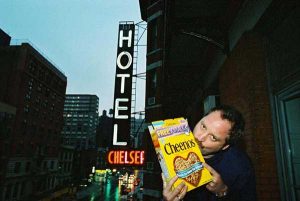 Strange times that week—I was somewhat adopted by a Manchester gangster who decided he would room with me. Together we held riotous parties. During one, at about 6am, my photographer friend Antony asked to take a picture of me on the balcony outside the room, beneath the Chelsea neon, in the smudged grey of a Manhattan dawn. I grabbed a box of Cheerios and tried to make out with it. It had been that kind of night. It was a random kind of moment and I certainly had no idea it would wind up being the cover shot for my book, Discombobulated, with Headpress.

So, I lived there for a week. Filled a fridge with beer and my beating heart with soggy Cheerios. I was also lucky enough to sit down with the owner Stanley Bard who told me “No matter what it is, they never forget about the experience they had at the Chelsea.”

And I haven’t yet, not even close…

Want to know more? Pick up a copy of Discombobulated: Dispatches from the Wrong Side, by Simon A. Morrison.

Takes readers on a pocket-sized, decade-spanning gonzo tour of the nightlife of five continents, making one of the snappiest, wittiest and hippest books of the clubbing generation.

The Hippy Cult Murders (1970; Ray Stanley). Review by John Harrison. ‘He was a saint to a “family” of potheads … More

From a Victorian gentleman fascinated with working women to a pageant for barb wire, here are five top picks in … More

The Orchard End Murder and the Last of the Short Films

Short films were once a mainstay of cinemagoing, playing as support to the main feature. Some were good, many were … More

Stuck indoors, DAVID KEREKES finds the time to do the little things, like revisit Joe Lansdale’s The Drive-In and consider … More