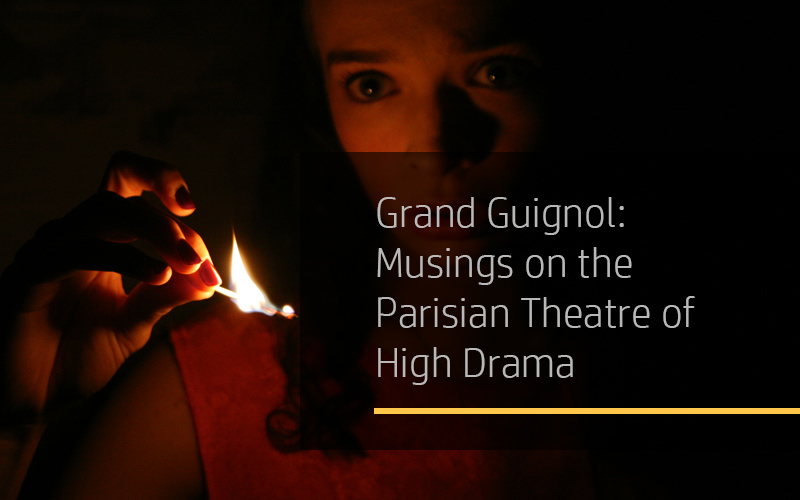 I stumbled across this image on one of my recent jogs around the internet. It is one of the most savage and arresting creations I have seen in a long time, and a beautiful representation of the Grand Guignol aesthetic (horror beyond horror, as I now call it). 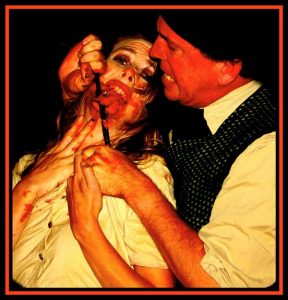 I stumbled across this image on one of my recent jogs around the internet. It is one of the most savage and arresting creations I have seen in a long time, and a beautiful representation of the Grand Guignol aesthetic (horror beyond horror, as I now call it). It’s a brave and hoary celebration of violence, or rather a celebration of a specific act of unlikely violence. The picture draws me back, again and again, as good art should. Only this morning I found myself dissecting the composition, delving into the shape of it and the minutiae, struck by such things as: The girl’s two fingers on her neck. The girl’s name: Amy. The likelihood of impaling Amy’s tongue during a fraças. The blackness beyond the gaze. The blood. The teeth of the man.

Effectively it holds for me the same fascination as the pictures in Mel Gordon’s book on the Grand Guignol. Published in 1988 by Amok, The Grand Guignol: Theatre of Fear and Terror was the first English language book devoted to the Parisian theatre, and because of it my own interest in the Grand Guignol was ignited. The capsule descriptions of the horror plays were clinical and chilling, but the pictures … I often wondered why the pictures in Gordon’s book haunted me as they did. I was no stranger at that time to brutal and disgusting cinematic atrocities, or tasteless photos splashed like bile across the pages of some of the more excessive zines, but something about these posed publicity shots disturbed me deeper. They were black and white for a start, and in them men and women were gouging out eyes, sinking knives into skulls, strangling and setting fire to one another, or simply cross-eyed in psychopathic delirium. These weren’t action shots for a movie production, but featured otherwise respectable looking adults play-acting for the stage. Somehow that made all the difference. Somehow that made it a kiss away from true delirium.

And that, dear reader is what I see in P.S. Zollo’s photo: ‘Grand Guignol Amy’. The photo was found on Flickr. It depicts a scene from Dr. Merlini’s Spook & Magic Show, performed at the Union Theater in LA on October 14, 2006. Here’s what P.S. Zollo says on Flickr of Amy and the night in question:

Here’s the amazing Amy O’Neill onstage at the Union Theater on October 14th, as part of Dr. Merlini’s Spook & Magic Show, written and directed by the very great Charles Schneider. Amy took part in a sketch written by Charles that was macabe [sic] and hilarious—here, yes, she has her tongue stabbed by her irate husband, who then pulls it out of her bloody mouth, causing her to scream hysterically and run around the stage, before he elaborately strangles her. It looks gruesome in this photo, but was very hilarious—because Amy and her co-star took it totally over the top in their acting—she was like Norma Desmond in a DePalma movie. So unexpected was the tongue-stabbing and ripping, that the audience was blown away, dying with laughter and horror, including your intrepid photographer and admirer of all things Amy, perched in the front row. It was the highlight of an amazing show, which also featured music, magic, much comedy and a finale of strange glowing objects floating and falling from the old ceiling.

At intermission, outside on the patio, which was punctuated by orange Christmas lights, a lady giving Tarot Card readings, and a weird atomic freak behind a fence, hurling objects at onlookers, we drank hot cider and ate cookies, and Amy posed with her little brother and his pregnant wife wearing a very slick black fedora with a very bloody face. Who has more range than this woman? From the silent poetic mime to the sweet singer to this Grand Guignol carnage? 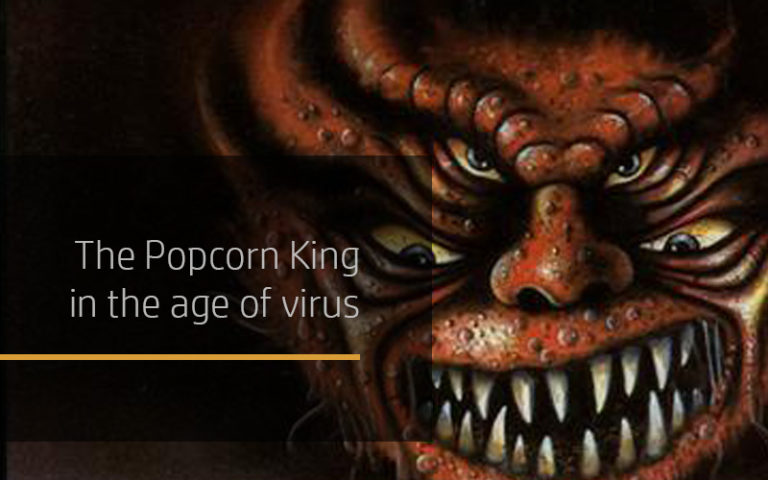 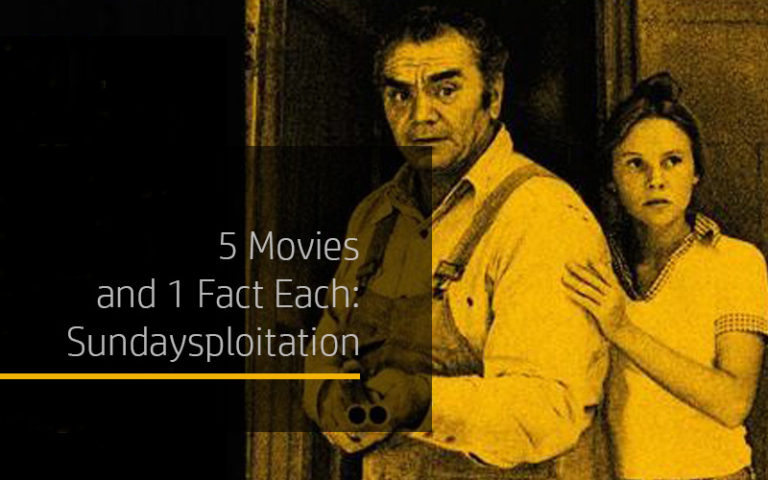