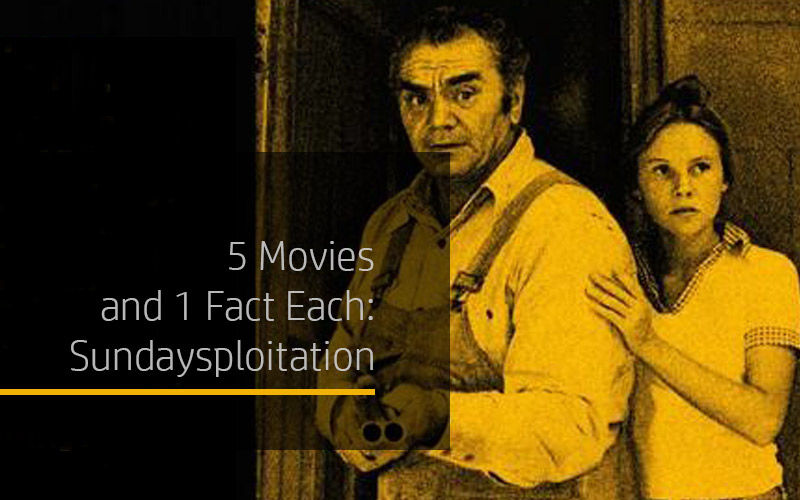 Is there such a thing as Sundayploitation? Where is the sound of horror? David Kerekes thinks he knows the answers in the first of his movie dumps.

[su_icon_text icon=”icon: fast-forward” icon_color=”#8b8b8b” icon_size=”64″]Boxoffice is a low budget movie that I recorded off-air and had for years on videocassette, on the same tape with No Way To Treat a Lady starring Rod Steiger. The Steiger movie is loosely modelled after the Boston Strangler murders in the early 1960s. Boxoffice is a drama about fame and Hollywood that features Peter Hurkos as “himself,” the real life psychic detective called in to help detectives in the Boston Strangler case.[/su_icon_text]

CHLOE, MY LOVE IS CALLING

[su_icon_text icon=”icon: fast-forward” icon_color=”#8b8b8b” icon_size=”64″]This 1934 movie advocates racial tolerance, an unusual stance and topic for the era in which it was made. Chloe is a white girl of black parentage, whose brother (or maybe her boyfriend) dives into a swamp with a knife between his teeth to do battle with an alligator.[/su_icon_text] 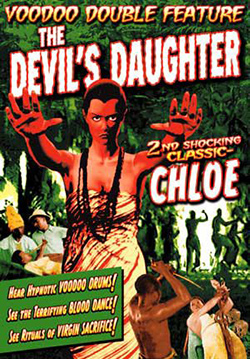 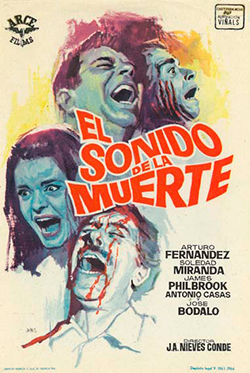 [su_icon_text icon=”icon: fast-forward” icon_color=”#8b8b8b” icon_size=”64″]Sound of Horror has an invisible dinosaur that wreaks havoc that results in gruesome makeup effects. However, the sound the dinosaur makes is more laughable than it is horrible. A more horrible sound belongs to a different film altogether, The Projected Man. Here the sound created by a matter transporter is ear-splitting and must have rattled everyone in the audience when it played theatres in the late sixties.[/su_icon_text]

SUNDAY IN THE COUNTRY

[su_icon_text icon=”icon: fast-forward” icon_color=”#8b8b8b” icon_size=”64″]Before widescreen came to videocassette, films on tape often suffered from what is called pan and scan: incorrect aspect ratios, cropping the sides off a movie, and tracking the action from one side of the screen to the other to compensate, ergo pan and scan. Some companies were too cheap to bother with pan and scan and consequently, in these movies, anything that takes place to the left or to the right of dead centre is completely lost. The worse example is Sunday in the Country. Newspaper headlines that appear onscreen are rendered illegible because letters on the peripheries are missing. Many times only the very tip of star Ernest Borgnine’s nose can be seen as he engages someone else’s nose in dialogue. An aside: Sunday in the Country appears to have been the inspiration for Frederick R. Friedel’s Axe. What I like to term Sundayploitation.[/su_icon_text] 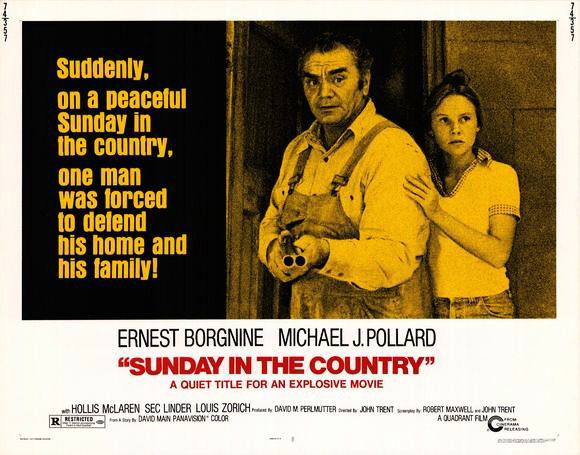 [su_icon_text icon=”icon: fast-forward” icon_color=”#8b8b8b” icon_size=”64″]The all-star cast includes Rod Steiger (as a mad bomber), Patrick Stewart (an Irish thug with a pate, later to become the next Captain Kirk), Trevor Howard and Richard Johnson. Howard blows a gasket at everyone he meets (“What the bloody hell do you think you’re doing?”) and looks like he is about to get on the boat that will take him to Zombie Flesh-Eaters. Hennessy ran into problems, not because of its subject matter (the IRA) but because it includes footage of Her Majesty the Queen, which is edited to suggest the royal is reacting to events unfolding around her, notably a bomb exploding.[/su_icon_text]