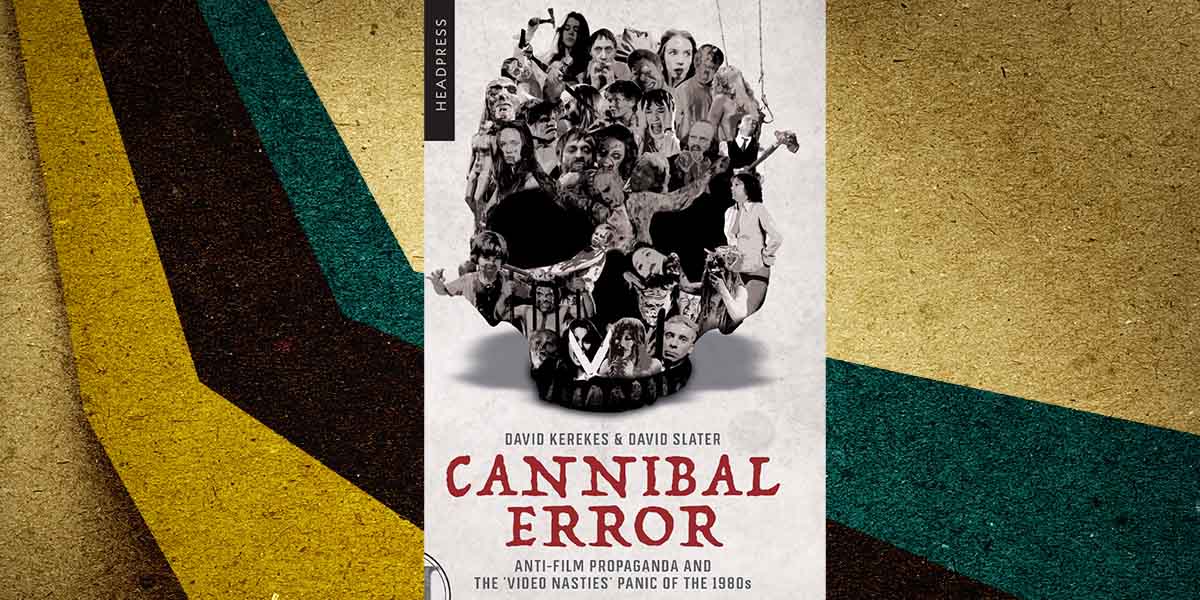 Street date announcement for Kerekes and Slater’s book, CANNIBAL ERROR, about Anti-Film Propaganda and the ‘Video Nasties’ Panic of the 1980s.

A social history of the ‘video nasty’.

In the early 1980s, video technology forever changed the face of home entertainment. The videocassette – a handy-sized cartridge of magnetic tape inside a plastic shell – domesticated cinema as families across Britain began to consume films in an entirely new way. Demand was high and the result was a video gold rush, with video rental outlets appearing on every high street almost overnight. Without moderation their shelves filled with all manner of films depicting unbridled sex and violence. A backlash was inevitable. Video was soon perceived as a threat to society, a view neatly summed up in the term ‘video nasties’.

CANNIBAL ERROR chronicles the phenomenal rise of video culture through a tumultuous decade, its impact and its aftermath. Based on extensive research and interviews, the authors provide a first-hand account of Britain in the 1980s, when video became a scapegoat for a variety of social ills. It examines the confusion spawned by the Video Recordings Act 1984, the subsequent witch hunt that culminated in police raids and arrests, and offers insightful commentary on many contentious and ‘banned’ films that were cited by the media as influential factors in several murder cases. It also investigates the cottage industry in illicit films that developed as a direct result of the ‘video nasty’ clampdown.

CANNIBAL ERROR, a revised and reworked edition of See No Evil (2000), is an exhaustive and startling overview of Britain’s ‘video nasty’ panic, the ramifications of which are still felt today.

Please note: This launch was originally scheduled for August 2022.