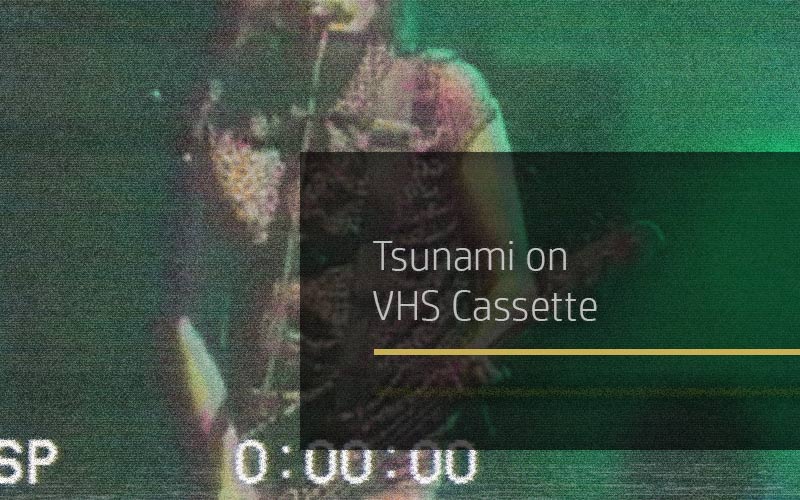 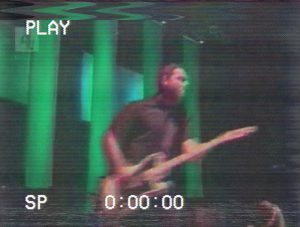 In the summer of 1999, Manic Street Preachers headlined the prestigious Glastonbury music festival. More or less the whole performance was broadcast on television. The performance was good, a full bodied hit packed selection, but an energy was lacking in the performance somewhere. This headline slot came off the back of their massive 1998 record This is My Truth Tell Me Yours. A collection that consisted of rollicking indie anthems (Tsunami, You Stole the Sun From My Heart, Nobody Loved You) and more somber fair (If You Tolerate This, I’m Not Working, Ready For Drowning). It was a great record, no question, it built on the success of their previous record Everything Must Go tenfold. The music and lyrics also gelled with the boredom and despair of my late teens. Lyrics such as “guess my life is a compromise” and “I have gotta stop smiling” swam around my head as I downed another pint of Tiger in the village pub before heading into town and hitting the indie disco (yep, pretty pretentious).

Glastonbury 99 was missing a spark. On previous records and live performances, mostly the ones prior to band mate Richey Edwards’ disappearance, they had slagged off their peers, made cut throat political and cultural commentary in their lyrics, and wore a mish-mash of designer white jeans and stenciled blouses they stole from their mothers and then moving into mismatched military attire. For example, In 1994, the band’s bassist and lyricist Nicky Wire took a controversial modernist stance and declared to the audience that he’d like to see some bypasses built over the festival. It was a statement that placed them far apart from the new-age-hippie-good-times of Glastonbury’s prime audience. The Manics of 1999 were a more conservative bunch. They let the lyrics do the talking. To see the band slowly and politely close the door on the the last summer of the 1990s whilst carrying a bit of weight around the gut, sporting baggy khakis and Gap shirts and compare it to the radical version that had kicked open the door at the dawn of the same decade was a little disconcerting, but something we as fans (especially the newer ones suited to this version) had simply got used too. 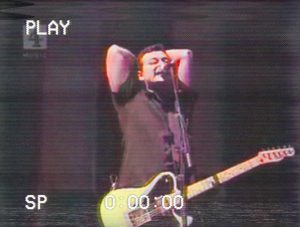 Glastonbury 99 was controversial for all the wrong reasons. The band had brought along their own portable lavatory. This move also set them apart from the very basis of Glastonbury’s principles of leaving behind creature comforts and slumming with the masses in very unhygienic campsites and toilets. Staunch leftist Billy Bragg broke the news in the NME, and placed a mischievous sign on the portaloos door that read “These facilities are for the exclusive use of Manic Street Preachers.” The egalitarianism of the band was shattered. Though one couldn’t help note that if the band had brought their own exclusive toilets to Reading 92 or Glasto 94 (maybe they did) it would have been a wicked two-fingered punk rock gesture.

Being caught out (though certainly not caught short!) at Glastonbury seemed to place a dynamic shift in the band’s next festival performances at T in the Park and V99.  At T in the Park the band were clearly full of piss and vinegar. Wire launched a verbal attack on Bragg and the band trashed their gear as the performance wound down. I, however, missed this for some reason. It may not have even been broadcast on TV or something more pressing had interfered, but I read about it in the music press and was pinched by excitement.

Due to the V99 not being such an institution compared to the long running Glastonbury (surprisingly it was only in its fourth year), live performances broadcast on terrestrial TV from V99 were sparse. The TV Guide stated that a performance from the Manics was scheduled on Channel 4. I remember setting up the VCR in anticipation of Manic Street Preachers appearance. The VCR was one of those old toploaders, with a little wire remote control attached. The cassette tape had been used many times over the years for numerous recordings of films, TV shows, tennis matches that would occasionally seep into view. The glitches and stretches of the tape created a warped and twisted viewing experience. But in the dying days of VHS it was really all I had. My fingers hovered over the “Play” and “Record” buttons as I watched the other acts (Suede, Kula Shaker, The Beautiful South) go through the motions of their diminishing careers. The Manics were headlining, they would certainly to be on last. Finally the band appeared and the opening chimes of Tsunami rang in. I pressed the buttons and let the VCR do its magic and fixed myself to the screen. It all happened so quickly. Images coming quicker than the eye could take in.

Nicky Wire in a dress.

As Bradfield screams the Lyric “NEVER FAR” a series of screams erupt from the crowd.

the band jumping and leaping about like a bunch of brazen punks.

Nicky tossing his bass aside and lifting up his dress to reveal his underpants. 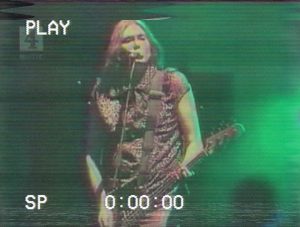 The performance of Tsunami felt blistering and volatile. When the broadcast finished I hit “Stop” and rewound the tape, praying I’d got it all. I re-watched it again and again, insuring all the images were real and ingrained. The tape glitched throughout. The opening chimes of Tsunami were twisted and faded into a blur of static white noise. Bradfield’s head was cut into by a VHS disruption that permanently punctured the cassette tape. These little defects made the tape appear older than it was, as if the performance hadn’t just played out on television moments before, but was from years ago. The early nineties, the mid-eighties, the late seventies. The song was just over a year old, but in-bedded within this performance of confidence and joviality it could have come from any past era of rock and roll history.

The cassette tape that this performance lay on is long lost, possibly even destroyed. Yet thanks to YouTube the V99 (and Glasto and T in the Park) performance lives on. What is surprising upon re-watching it in this medium is how in retrospect it doesn’t seem as volatile or as intense as I first recall it to be. The recording uploaded to YouTube comes from a more cleaner recording, no scratches, no warps, no real imperfections. It still shimmers with a punk rock spirit, but ultimately it loses something that was obviously personal to me, to my particular version of that performance.

Watching Tsunami did a number of things for me. It made me revisit This is My Truth Tell Me Yours with a new appreciation for the nuances in sound of that record and the attempt at being a mega successful band. It made me anticipate to a feverish level the millennium concert in Cardiff which was only a few months away. It also made me excited about any future the band had in terms of records or live shows. They seemed to what to embrace their punkier spirit, their more obtuse version of themselves that was last scene on The Holy Bible. This was a version of the band I needed at this point in my life and one that would, for good or ill, show up on 2001’s  Know Your Enemy. My interests (in some respects thanks to the band) had widened into class politics and punk rock. I needed a band to explain it all. Thank god it was the Manics who were that band. 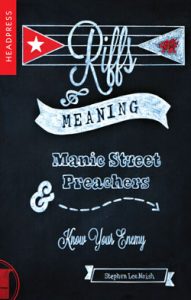 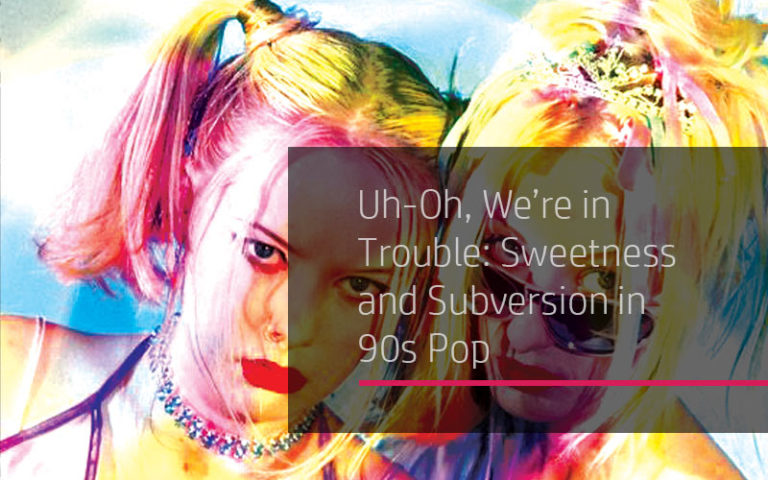 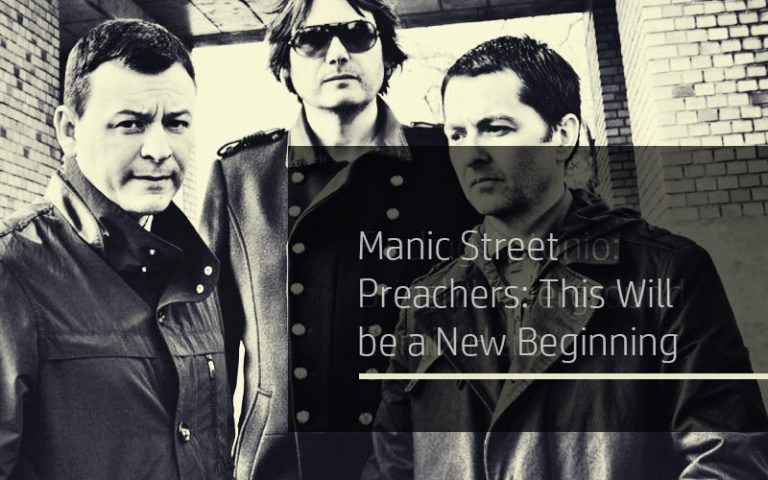 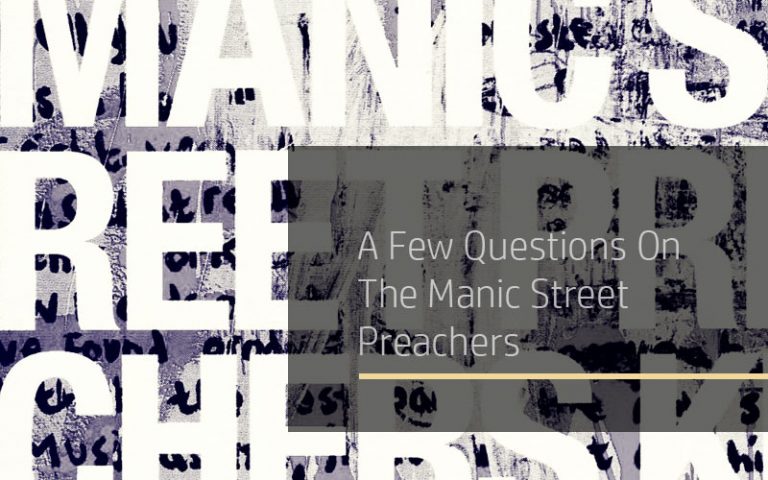 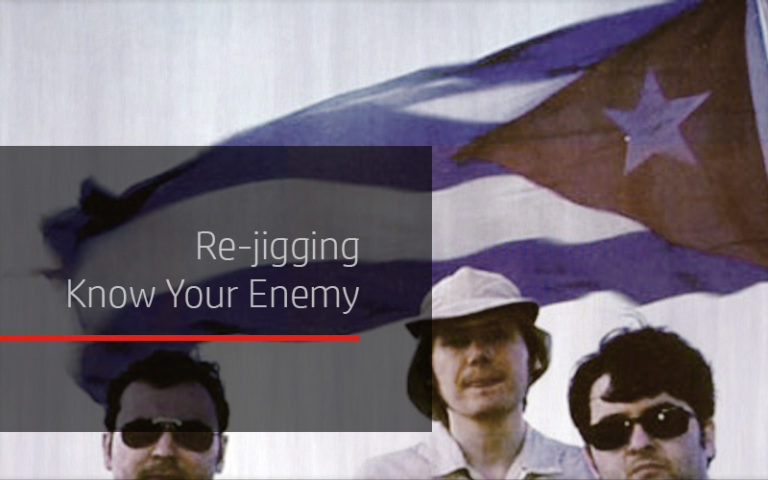