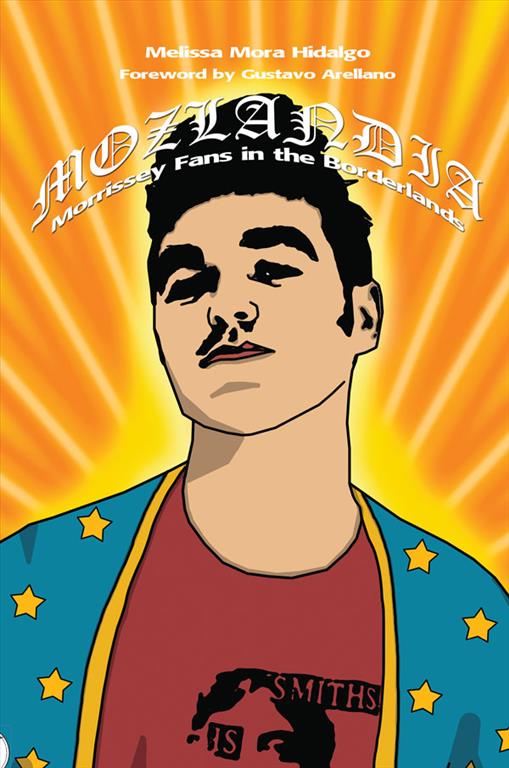 Morrissey Fans in the Borderlands

“Morrissey perhaps was seduced by LA like most people who are not from here, lured by the nostalgia of old Hollywood or perhaps simple sunshine.”

Morrissey is a music icon. The former singer of the influential Manchester band The Smiths is arguably one of the most intriguing, if not polarizing, iconic figures of popular culture.

But this book is not about Morrissey. This book is about his fans, their creative expressions of fandom, and their contributions to Morrissey’s worldwide popularity. Specifically, this book is about the subculture of Moz fandom as a US-Mexican borderland phenomenon. Mozlandia — Morrissey fans from the Midlands to the Borderlands.

Dr MELISSA MORA HIDALGO was born in Montebello, east of East Los Angeles, Calfornia. She holds a PhD in Literature from the University of California, San Diego. She has taught courses in literature, ethnic studies, and Chicana/o cultural studies at UC San Diego and California State University, Fullerton. She is a Visiting Fulbright US Scholar affiliated with the Popular Culture and Popular Music research cluster at the University of Limerick in Ireland. Her other publications include short fiction, scholarly essays, and beer blogs. Dr. Hidalgo has been a Morrissey fan since 1991. She has never met him.