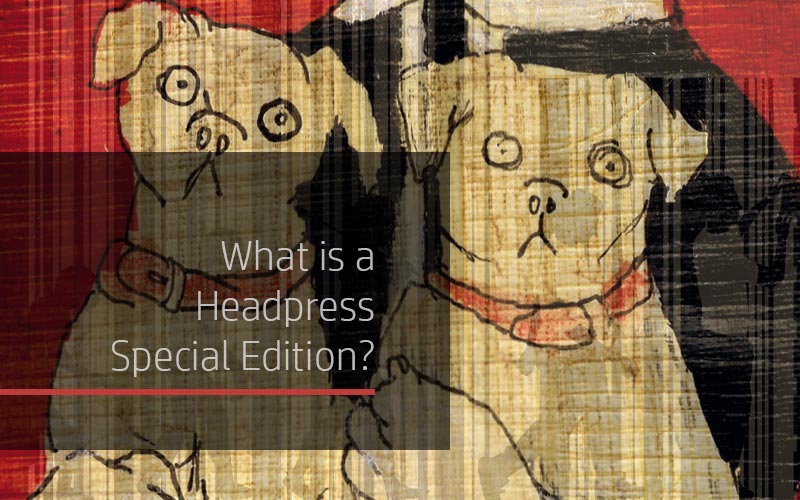 Special Editions are nice, quality hardback editions of select new Headpress titles, which are available up to twelve months before the trade paperback edition is in the shops or online. But what is NO ISBN? DAVID KEREKES explains.

[su_heading size=”14″]Special Editions are nice, quality hardback editions of select new Headpress titles, which are available up to twelve months before the trade paperback edition is in the shops or online. But what is NO ISBN? DAVID KEREKES explains.[/su_heading]

This book does not exist

CIP refers to Cataloguing-in-Publication, a database record of a book, if you will.

Headpress has a broad back catalogue of book titles (you should peruse it; stocks are low and dwindling), with several new titles lined up that are among the best we have produced. These are good titles, with something fresh and interesting to say. Yet, to sell a book a publisher must compromise, particularly the independent publisher; the few that are left. A mass market product that finds its way into shops and onto Amazon is not often the product the publisher would want it to be. It might be close, but ultimately it’s a commodity and treated as such. The epub revolution is evidence of this. Headpress has always tried to dress its message well, but under epub technology, where the size of the megapixel is paramount, that means nothing.

Of course, shelf space in the bookstore is paramount, too, and yet the book industry is geared to filling it with the same old stuff regardless.

Almost the opposite is true of Amazon; everything is on Amazon. Prior to printing our most recent title, Hip Pocket Sleaze, a seller on Amazon was offering it for no less a price than £500,000 (plus p&p).

NO ISBN isn’t a replacement for our regular trade paperbacks

Everyone uses Amazon, because it’s cheap and convenient. But what of the book that cannot be found on Amazon or on the bookstore shelf? What if that book doesn’t conform to industry regulations, deliberately choosing not to have a CIP catalogue record, no subject code, no ISBN number? Without an ISBN number (the unique numeric International Standard Book Number found on commercial books), a book does not appear on any database so in effect does not exist. The NO ISBN isn’t a replacement for our regular trade paperbacks, which are published with all relevant CIP and ISBN information that is required for international distribution, but rather it is an altogether separate item, exclusive to this website, and make great gifts!

Welcome to the revolution.

Arriving at the Special Edition

As editor and publisher of Headpress, it was suggested elsewhere on this board I might care to write a few words on the state of independent publishing (and editing). It has only taken me something like three months to get round to it, but, coinciding with the release of HEADPRESS 2.5, here goes…

The cut and paste technique

Headpress has been documenting all aspects of pop culture and so-called low culture for over twenty years now… which is something akin to a record, I guess. The first issue of Headpress magazine appeared in 1991. It was A4 format and was put together using the cut and paste technique — the text was printed out using a word processor, while the images were scanned for print beforehand and pasted in place. There were no road maps for such things back then, and everything was self taught, or on the suggestion of our printer (who was based in Sheffield and specialised in football fanzines — Headpress was something of a bewildering departure for him). When we eventually moved to designing and laying out on a computer, we did so using a basic PC and A4 scanner (I recall the latter was a clunky HP model that cost around £600.) While this offered greater flexibility, it also brought its own problems, in that the PC was effectively incompatible with anything else going on in the design or print world. DTP software, such as PageMaker and InDesign, slowly and eventually managed to change that particular bias.

Technology often seemed a very big headache in those early days, as we floundered about trying to figure it out, while at the same time it was developing beneath our feet. Now, of course, technology is our friend.

However, with the rise of the internet, it seemed that shifting copies of Headpress (and our other books) became more difficult. The “global village” that was promised of the internet doesn’t really exist for the small publisher, and, based in Manchester, I was finding that more and more of my time in the early 2000s was spent commuting to London and back — meeting with the distributors, friends and acquaintances, making formal contacts, etc. In the end, around mid 2000, I moved down to London and saved myself a fortune in train fares.

Headpress magazine by this time was into its double figures. With HEADPRESS 13 it had stopped being A4 size and was essentially a book, and being sold and distributed as a book. (The reason for the change was aesthetic.) But then the book trade began to change, including the manner in which some major chains bought new titles (Waterstones, for instance), and it was no longer easy to sell a publication that couldn’t be readily categorised. Although it contained plenty of film material, Headpress wasn’t really about films; it wasn’t about any one particular subject. The buyers for shops didn’t know where to put Headpress on the shelves (my London based distributor told me this), and so, quite simply, they stopped stocking it.

Distribution: a condition that affects all small publishers

I was suffering from the condition that affects all small publishers: Distribution. Or a lack of it. Whereby once I could sell 500 copies of Headpress to one client in the US with one phonecall (proceeding to pack them myself for shipping), that avenue and others suddenly began to dry up (and were already closed in the case of Tower).

It seemed to me that the technology that had helped us create Headpress in the first, came with a price. I became tired of simply churning out a product in order for it to find a home on Amazon, selling for peanuts. (I use Amazon like anyone else, it’s convenient.) And so I decided I would go the other way about it, and stop trying to get it into every retail outlet on the planet. The global village doesn’t want books, individuals want books.
[su_spacer size=”20″]

From a post by David Kerekes on the Latarnia forum, October 3, 2011. Link to the original post here.

David Kerekes founded Oil On Water Press and is one of the founders of Headpress. He has written extensively on popular culture, is co-author of the books Killing for Culture and See No Evil, and author of Mezzogiorno, a meditation on life and Southern Italy.
Posts by this Author
NextRIP David McGowanNext