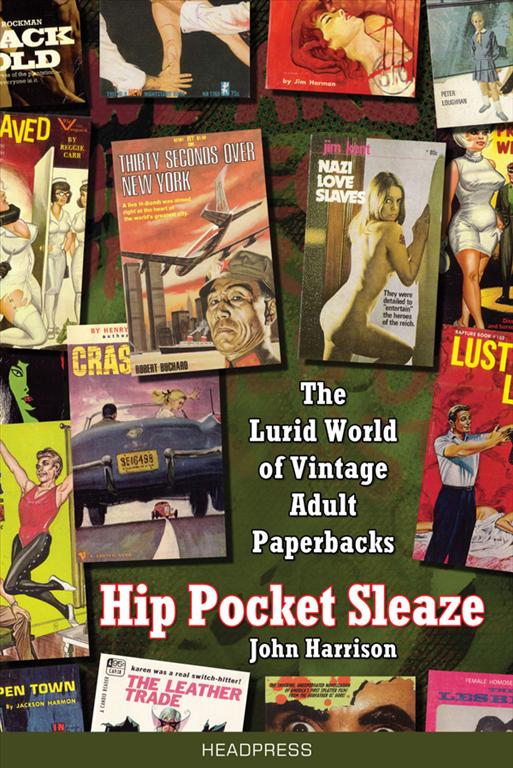 The rise and fall of the sleazy paperback!

Reviewing the key titles, interviewing some of the authors, and profiling the cover artists and the publishers, Hip Pocket Sleaze offers a comprehensive overview of paperback sleaze, which, by accident as much as design, has had a lasting impact on our society — from the ground-breaking gay and lesbian themed books, and the challenge to taboo, right through to the lucrative collector marketplace, all of which and more are covered in unflinching detail.

A Short History Of Paperbacks

Masters Of The Provocative Art

The 1970s: When Softcore Hardened & The Sleaze Became Sick:

JOHN HARRISON is a freelance writer based in Melbourne, whose interests include collecting vintage 8 & 16mm sexploitation loops and educational shorts, which he hopes to eventually archive and release on video and DVD. In his spare time, he runs a small mail-order business called The Graveyard Tramp, which specialises in off-beat items of pop culture memorabilia. In 2003 he curated an exhibition of vintage adult paperback cover art at The Basement Cafe in Melbourne.