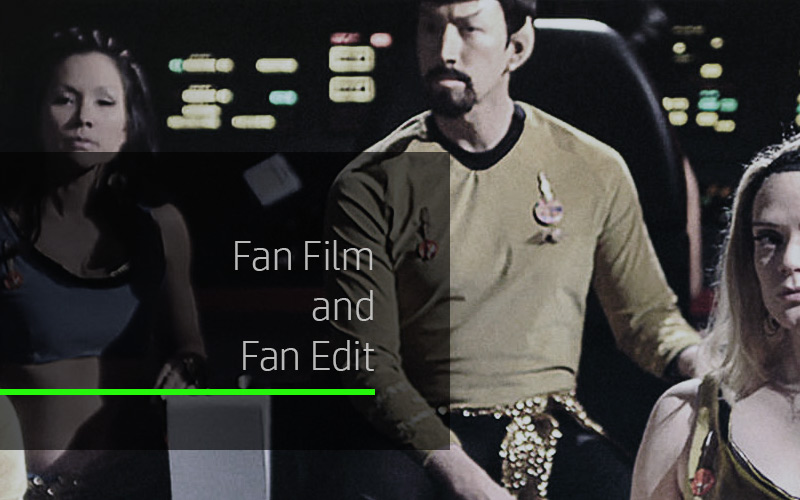 Some months ago I chanced upon a DVD called Superhero Fan Film Collection 2005 [pictured left]. Everything about it smacked of copyright genocide, from the ripped-off Alex Ross art on the front of the poorly printed sleeve, to the thumbnail images of iconic Marvel and DC characters spattered about the back. 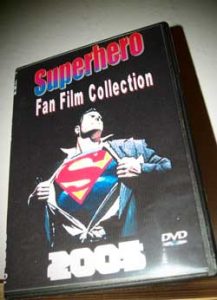 Some months ago I chanced upon a DVD called Superhero Fan Film Collection 2005 [pictured left]. Everything about it smacked of copyright genocide, from the ripped-off Alex Ross art on the front of the poorly printed sleeve, to the thumbnail images of iconic Marvel and DC characters spattered about the back. The minimal blurb promised a collection that included ‘all of your favorite Fan Films’. A list of the twenty-two titles on the DVD featured some recognisable comic book characters, such as the Silver Surfer and the Punisher, while other titles implied such characters with a conspiratorial nod (Mr. Kent Goes To Work, for example). 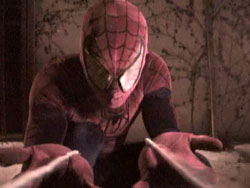 So, what is a fan film? On the basis of this collection, they are original films by comic book fans for comic book fans that feature a favoured comic book character in an original situation, or an extension of a situation from a comic book. They are invariably short films (the twenty-two films of Superhero 2005 total 161 minutes). The tone and style varies dramatically, as does the writing and acting, but the execution is generally very competent.

I parted with £5 for the Superhero Fan Film Collection 2005, but the most rudimentary online investigation informed me that the films themselves are made for the fan community and distributed free of charge within it. My suspicion is that this collection and others like it (Superhero Fan Film Collection 2004, for instance) are compiled and sold by the anonymous download pirates who sell any such thing on the pretext of it being ‘public domain’. 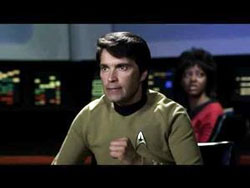 My brief and rudimentary online investigation into fan films illuminated a greater community that extends beyond films about superheroes. Effectively this is an alternate film industry with a dedicated team of filmmakers, actors, technicians and a distribution network that operates without reward below the radar. Despite the issue of copyright infringement I don’t doubt that big business recognises the commercial inertia of fan films and so turns a blind eye to it. 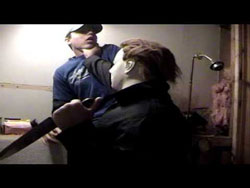 As with most fan communities, the fan film community comprises a number of different factions. The superhero fan film is one part of it, as are fan films pertaining to mainstream movies and video games (and, of course, Star Wars), which operate in much the same way: familiar characters in an original situation or an extension of a familiar situation. Sometimes it is a familiar environment or a franchise, as in Broken Notes, which creates a new work that amalgamates actors with the imagery and sounds of the original Silent Hill video game and movie to create something of a ‘reimagining’.

The latter is indicative of a crossover between the fan film and the fan edit. 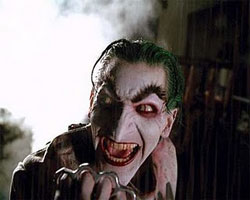 A different type of fan film exists in the fan edit. Fan edits involve reworking existing feature films, literally re-editing them using video editing software. One aspect is the Extended Edition fan edit, in which every scene or sequence trimmed from a favoured movie is reinstated in order to create an ‘ultimate collector’s edition’. Army of Darkness: Primitive Screwhead Edition and Close Encounters of the Fifth Kind are two such examples of an Extended Edition fan edit. Reinstated scenes may be sourced from the extras on a legitimate DVD release, or may be scenes that only ever appeared in an obscure television screening of the movie, or are outtakes available only in collector circles. 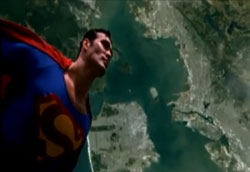 More adventurous is the ‘true’ fan edit. Here a fan editor will take a favoured film and re-edit it. In some instances this might be trimming it of material he or she considers extraneous and detrimental to the dynamic of the story; more radical fan edits will change the nature of the film by removing a narrative, a subplot or even steering the film to a different conclusion. Fight Club: The “I am Jack’s laryngitis” Edit, for instance, removes Edward Norton’s integral voiceover in order to create, in the words of fan editor Zach Action, ‘a much more introspective and artsy film’. Killer Horizon takes the sci fi horror thriller Event Horizon and dramatically chops and changes it to become a movie about demonic possession in space. It incorporates some scenes from other movies (among them Sunshine and The Exorcist) and makes changes to the musical soundtrack with the addition of Lalo Schifrin’s rejected score for The Exorcist, as well as adding ‘evil sounds’ created by fan editor Mollo. In the opinion of this writer Killer Horizon aka Event Horizon: Slashed is a more satisfying movie than Paul W.S. Anderson’s interesting if flawed original.

The original version of this blog post included the following commentary:

CRAIG S: Well, amateur film editing isn’t new. By some estimations, the art form you describe has been evolving for nearly two decades, even when VHS was still viable. You should also check out the fanedits by “anti-matter,” who has completed several incredible revisions of the star wars and star trek feature films. Your readers should be aware, however, that most fanedits are not that great, in all honesty. Many are unwatchable, and most can never replace the official versions. When you finally see one of the top 1%, it can be a jaw-dropping moment. It can also make you wonder why it took an amateur working for free to accomplish what a major studio could not.

DAVID K: Thanks Craig S. for some interesting points. With regard to the quality of fan edits, I can well believe that some are unwatchable, and it’s down to the community of the fan sites I have visited that has so far steered me towards the better efforts. I saw the Die Hard 4 fan edit, by Uncanny Antman (over at http://fanedit.org/), which really does make a better film out of its source material. I think fan editors willing to take footage out and not be afraid of making a film shorter is a good sign generally.

Related Posts
Morgan Jones looks at Last Night in Soho to find a clumsy but unabashedly enjoyable psychedelic horror...
Read More
"A sense of permanence, like an old idea of a dystopian future," is how David Kerekes describes the photographs...
Read More
An archive interview with Gary Spencer Millidge about the strange village of Strangehaven, now a milestone...
Read More
JENNIFER WALLIS on Andrew Sinclair’s 1973 film, Blue Blood, its real-life and fictional inspirations,...
Read More
What is a custom movie? David Kerekes looks at Mail Order Murder: the Story of W.A.V.E. Productions and...
Read More
In the final instalment of her Fear Street review trilogy, Lakkaya Palmer considers the history lessons...
Read More
In her second blog on Netflix’s Fear Street trilogy, Lakkaya Palmer reviews the 1978 instalment, where...
Read More
It’s made a bloody splash on Netflix this July, but is the Fear Street trilogy just for kids? Lakkaya...
Read More
Jennifer Wallis reviews Network’s newly-restored DVD release of Just Like a Woman (1966), and enters...
Read More
In this archive interview, Julian Butler talks about the pitfalls of leaping from no-budget filmmaking...
Read More
PrevPreviousKilling for Culture: All New Book and Documentary
NextBye, Bye, Chelsea HotelNext