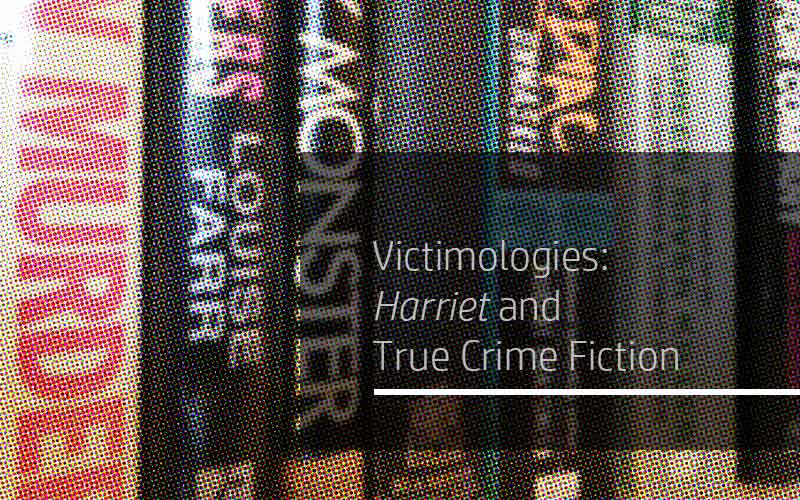 Originally published in 1934, Elizabeth Jenkins’ Harriet is an unsettling account of murder, one that foregrounds victims rather than perpetrators.

[su_dropcap style=”flat”]I[/su_dropcap] picked up Elizabeth Jenkins’ Harriet by chance while browsing the shelves of our local library. The minimalist grey cover was instantly recognisable as one of the novels published by Persephone Books, which specializes in ‘lost’ works by women writers. As well as classics like Miss Pettigrew Lives for a Day, Persephone’s roster includes the wartime writing of New Yorker correspondent Mollie Panter-Downes, and Marghanita Laski’s nightmarish tale of time travel, The Victorian Chaise-longue.

In general tone, Harriet is perhaps closest to the latter. Although published in 1934, the events within the book take place between 1875 and 1877. The basic premise is one that will be familiar to readers of Victorian sensation fiction: Harriet Ogilvy is a woman in her early 30s who suffers from an unspecified form of learning difficulty. She lives happily at home with a middle-class family, her comfort further ensured by the £5,000 left to her after the death of a relative. When clerk Lewis Oman enters the family circle his nefarious intentions are clear to everyone but Harriet. The novel follows the machinations of Lewis and his close relations as they plot to get their hands on Harriet’s inheritance – an endeavour that ultimately leads to Harriet’s death.

[su_pullquote align=”right”]Harriet is an early example of the desire to foreground victims rather than perpetrators[/su_pullquote]The unsettling atmosphere of Harriet is further enhanced when one realises that it is based on a true story. Novels based on real-life crimes are hardly unusual; true crime is one of the publishing industry’s most lucrative genres. In recent years, though, as evidenced by the popularity of TV series like The Staircase, true crime is perhaps a little less in-your-face, a smidgen more ‘respectable’. Several recent bestsellers in fiction, although not advertised as true crime, are re-imaginings of real events: Leila Slimani’s Lullaby, Emma Donoghue’s Slammerkin, Sarah Schmidt’s See What I Have Done. At the same time, the tendency for true crime to focus on villains rather than victims has been called into question. Hallie Rubenhold’s recent book The Five, about the victims of Jack the Ripper, has attracted praise for Rubenhold’s refusal to add to the mystique surrounding the Ripper’s identity.

Harriet is perhaps an earlier example of this desire to foreground victims rather than perpetrators. The real Harriet at the heart of this sordid tale was Harriet Richardson, from Essex, who married auctioneer’s clerk Louis Staunton in 1875. She gave birth to a son a year later; soon after this, she and her child were confined to an upstairs room of Louis’s brother’s house while Louis shacked up with long-time love interest Alice Rhodes. Harriet’s son died in 1877 after falling seriously ill. A few days later Harriet was sent to a boarding house in Penge when it became clear that she, too, was in a grave condition. She died the next day, and a post-mortem examination concluded that her death was the result of starvation and neglect.

When, in September 1877, a verdict of wilful murder was returned against Louis Staunton, his brother Patrick, sister-in-law Elizabeth, and Alice Rhodes, the crowds outside the court were beside themselves:

‘… the demeanour of the mob had become more threatening day by day. The sufferings of a helpless child and a half imbecile woman, the revolting revelations of the nurse, the conviction of the doctor that death was due to deliberate starvation, the adultery committed in circumstances which doubly aggravated the original guilt of both parties – all had combined to excite the crowd to frenzy.’

These lines from The Trial of the Stauntons, a volume that was apparently pivotal in Jenkins’ decision to write a novel about the case, capture the strength of feeling that surrounded what came to be known as ‘the Penge mystery’. The trial of Harriet Richardson’s tormentors was a cause célèbre, its revelations of adultery and abuse perfect fodder for late nineteenth-century ‘new journalism’ and an expanding newspaper press.

[su_pullquote align=”right”]The reader is lulled into a strange sense of complicity[/su_pullquote] In contrast, Jenkins’ novel has an unnerving atmosphere of quietude. The opening paragraph, set in the drawing-room of Harriet’s home, paints a picture of comfortable Victorian domesticity, from the ‘bright-burning fire’ to ‘the piles of oranges, apples, and grapes which covered the sideboard’. This rather twee imagery breaks down subtly but perceptibly as the book progresses: a few pages on, as Lewis begins his play for Harriet’s affections, the parlour fire has turned into ‘a coagulated mass of embers’.

At the same time, the reader is lulled into a strange sense of complicity. The matter-of-fact way in which major developments are conveyed, from Harriet’s departure from her mother’s house to the fact that Harriet has had a baby, are so subtle that we almost miss them. As author Rachel Cooke notes in her Afterword to the book:

‘The news that Harriet is going to have a child is dropped into the story casually, in conversation; so too, is the fact that the child has been born. Only a sentence or three later does the reader, realisation dawning, consider what this means: that Lewis has slept with Harriet, a woman who knows nothing of sex, and whom he finds physically repulsive; that she must have found conceiving her child and giving birth utterly terrifying’. 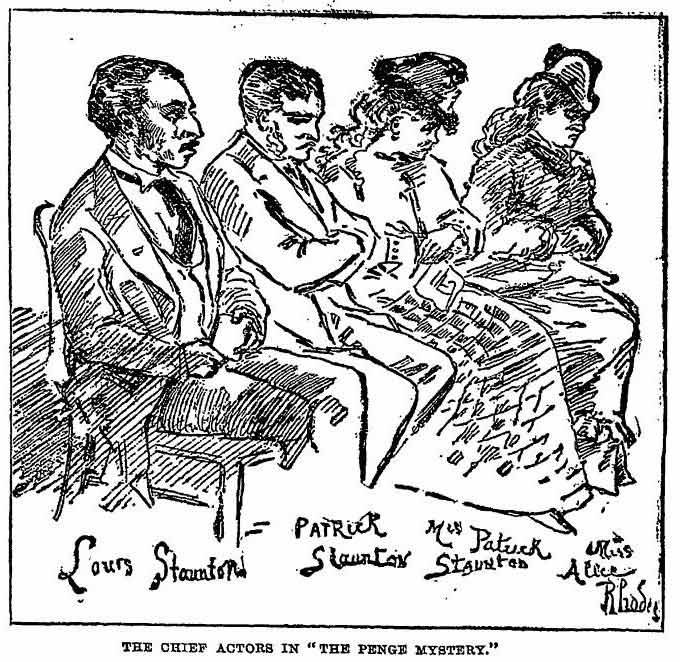 The disproportionate attention given to dress and household trinkets throughout the novel further distracts us from major, shocking, developments. Harriet’s box of treasures containing ‘carved mother-of-pearl boxes’ and ‘a pincushion made in an exact replica of a large strawberry’ incites Alice’s jealousy but also lures the reader in so that we are as captivated as Alice by Harriet’s ‘treasures’, her garnet brooch, and her dress in a silk of ‘jay’s wing blue’. Only in the final chapters, after Harriet’s death (again, described in such a way as to be almost imperceptible), does Jenkins fully lift the veil as she weaves genuine trial testimony into the narrative. One witness account after another deals a deft blow to the fictions of Louis/Lewis and his co-conspirators: suspicions of physical abuse, the sounds of screaming from the house, and the malnourished state of Harriet’s body detailed in the post-mortem examination.

[su_pullquote align=”right”]Harriet herself gradually disappears[/su_pullquote]Rarely do I read a book that gets under my skin in the way that Harriet did. The building sense of claustrophobia, the way the reader is unwittingly, and all too easily, drawn into the world of the protagonists, the sudden shock of its worst revelations… Some might criticise the book for the way in which – despite the victim’s name as the title – Harriet herself gradually disappears: perhaps it is just another instance of true crime placing the murderer(s) in the spotlight? What elevates the novel above such a simplistic reading, however, is the way in which Jenkins makes the reader crave for a glimpse of Harriet. We are so successfully drawn into the domestic spaces of the story that we feel we could run upstairs or peek around a doorframe to see where this woman – so vivid and engaging at the start of the book – has gone. We are encouraged to care deeply for Harriet without necessarily being aware of our feelings. Harriet is an expertly crafted book, whatever your taste in fiction: a must-read for fans of Victorian culture and crime, as well as those drawn to the interwar novels that constitute much of the Persephone catalogue.

Related Posts
JENNIFER WALLIS on Andrew Sinclair’s 1973 film, Blue Blood, its real-life and fictional inspirations,...
Read More
Jennifer Wallis reviews Network’s newly-restored DVD release of Just Like a Woman (1966), and enters...
Read More
Jennifer Wallis reviews Network’s newly-remastered release of Brian Desmond Hurst’s Behind the Mask (1958),...
Read More
Tasteless or underrated? Jennifer Wallis makes the case in support of Michael Winner’s supernatural horror...
Read More
Part 2 of our interview with A THRILLER in Every Corner author Martin Marshall. The darker side of the...
Read More
MARTIN MARSHALL’s recent book, A THRILLER in Every Corner, is a meticulously researched valentine to...
Read More
A recent addition to the stable of Netflix docuseries, Crime Scene: The Vanishing at the Cecil Hotel...
Read More
The do-it-yourself publishing aesthetic. A conversation with Chris Mikul about Biblio-Curiosa and the...
Read More
Speaking from his New Delhi apartment, author Manash Firaq Bhattacharjee chats about his new book The...
Read More
The pandemic has made the world a quieter place. Jennifer Wallis misses the noise, and writes here about...
Read More
PrevPreviousThe Orchard End Murder and the Last of the Short Films
NextThe Lost Beatles: The Hollywood Bowl television adNext