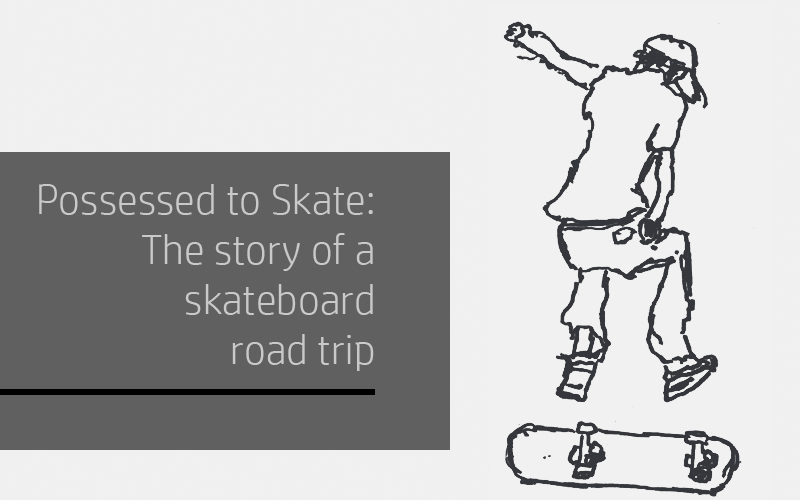 Clint Carrick grew up in a small town where the skatepark was king to kids just like himself. He was out of practice when, as an adult, he one day packed his bags to travel the small town skateparks across the American Heartland to learn to do it all again.

In the summer of 2018 I made a cross-country road trip with the goal of visiting the skateparks of America’s small towns. My intention was not to visit the biggest or best skateparks; rather, I yearned to skate the smallest and crummiest skateparks, the ones with rotting plywood ramps and rusty nails you had to avoid when you fell off your board. I wanted to see the parks where local children sat around for entire afternoons for entire summers and were never bored. I wanted to visit the skateparks where older kids showed up and were seen as pros, where the sounds of birds and cicadas were all you heard when the day ended and the sky filled with colors. These were spaces rich with stories and characters, I thought. They were also foundational in the lives of the millions of people who have grown up in their confines. I figured they deserved a closer look.

All sketches by the author 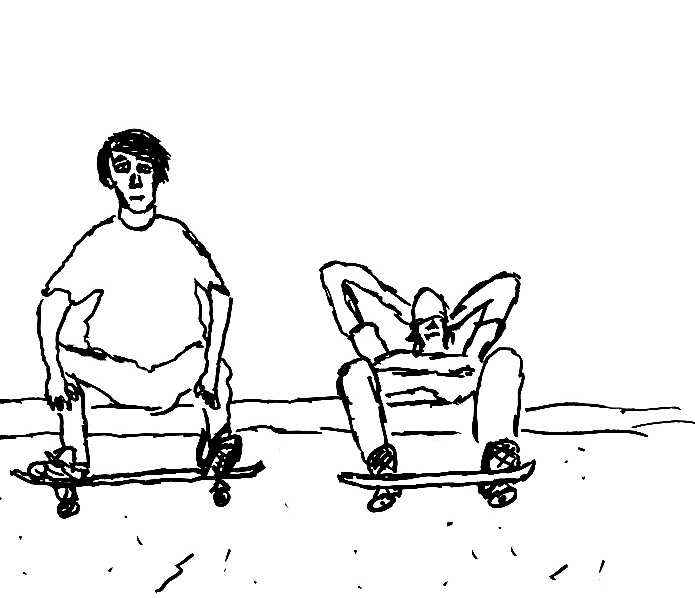 Dilapidated ramps, a rail, and a box

My interest in the subject was related to the fact that I was one such individual who grew up at the skatepark. I’m from a small town in Vermont, and since the age of eight or so I was at our little park as often as possible. There wasn’t much to it—just a couple dilapidated ramps, a rail, and a box—but the space felt like a special hangout for my friends and I. This is one way small town skateparks differ from fancier parks in bigger towns—the few people who go there are more or less the only people who go there, so they develop a possessive attachment to the space.

My best friends were all skateboarders. Together we watched the same skate videos, wore the same brands of skate shoes and jeans, used the same words, and developed the same views on our town and the world beyond it (which we knew little about). When we grew up and left each other we all stopped skateboarding. I started again years later when I happened across a used skateboard forgotten by a previous tenant. I began thinking about the days back at the skatepark.

As I visited skateparks in small towns in places like West Virginia, Missouri, and Arkansas, I met a lot of people my age with a similar relationship to skateboarding. They had grown up skating, stopped, and were starting back up again. I think the phenomenon is caused by a sort of quarter-life identity crisis people experience. They move away from their hometowns, work full time jobs, enter relationships, have kids, etc. etc. Somewhere in the mix skateboarding peters out and becomes relegated to “something I did when I was younger.” Then, a few years later, these same people wake up feeling like their lives are hollow. Maybe they are struggling with addiction and need to start a life free of drugs or alcohol. They buy a skateboard, go down to the park, and remember with sudden totality how much fun skateboarding is and how much they missed it. They experience a personal skateboarding renaissance. One day a strange guy from Vermont shows up and together they share a pleasant evening skating and chatting about how damn frustrating it is to land varial heelflips. 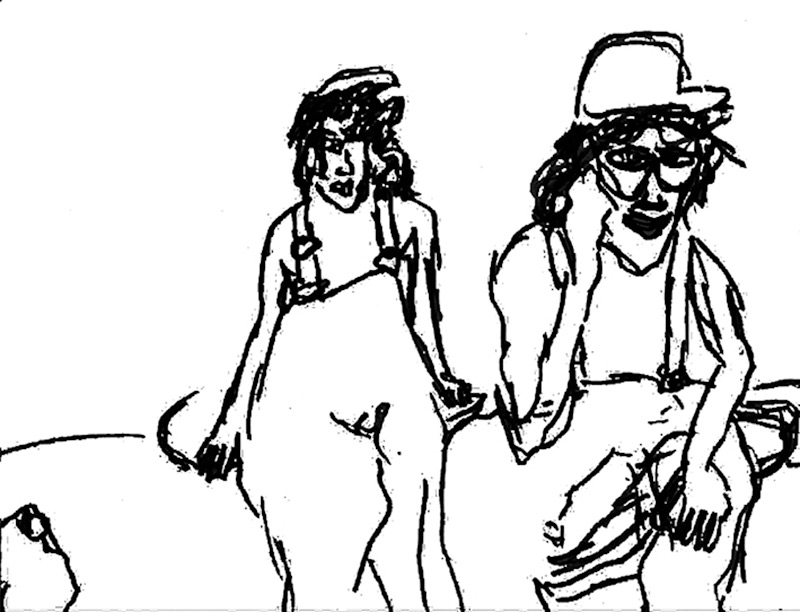 Memory is a skatepark

Small Town Skateparks is the story of me rediscovering skateboarding while traveling across America. Along the way I’m besieged with Proustian memories of my childhood at the skatepark (which has long since disappeared). Thus the book operates along two concurrent, loosely structured narratives—that from the past, when I was a skate rat kid with my skate rat friends, and that from the present, when I’m learning how to skate again, talking with locals at their skateparks and pondering the characteristics of the skatepark as an institution. There’s plenty of digressions on American culture added in, as well as amusing anecdotes involving late night drinking sessions, bugling elks, and a haphazard trip into Mexico. I ultimately wanted Small Town Skateparks to be an anthropological investigation but also a love letter to the place I grew up, not the specific skatepark of my youth but the generalized skatepark in abstraction. You can find skateparks in small towns in countries around the world, but everywhere you go they kind of feel the same. For skateboarders, they feel like home.

Clint Carrick is a writer, house painter, and skateboarder. He lives in Burlington, Vermont.
Posts by this Author
PrevPreviousThe Monstrosity of Motherhood in Alice, Sweet Alice
NextDoctor Who: The DæmonsNext

Offbeat Bingo
A list of films discussed in the recent Offbeat online panel event, handily crafted so you can mark them...
Read More
Announcing Oil On Water Press
Headpress is proud to announce the launch of OIL ON WATER PRESS, a new book imprint devoted to true-life...
Read More
A Big Bad Beautiful Noize
The day the world turned GREBO! Author Rich Deakin talks about Gaye Bykers on Acid, Crazyhead, Leicester,...
Read More
Skatepark Gallery
In the summer of 2018, Clint Carrick drove across the US visiting unremarkable skateparks in unremarkable...
Read More
Taking Tobe Hooper’s Comment That Watergate Inspired ‘Chain Saw’ and Running With It
Director Tobe Hooper frequently alluded to the political messaging of his 1974 movie, The Texas Chain...
Read More
The Town Slowly Empties - Audiobook teaser
An audio sample of the book, The Town Slowly Empties: On Life and Culture during Lockdown. On why we...
Read More
A Bird on the Branch of Tomorrow
Speaking from his New Delhi apartment, author Manash Firaq Bhattacharjee chats about his new book The...
Read More
The White House Horrors: Comparing Monsters-in-Chief
‘What happened is true.’ What we’re seeing today in presidential politics could not have happened without...
Read More
They Don’t Make Movies
A horror comic leads David Kerekes to reflect on the ‘snuff’ film rumour mill of the 1970s, while at...
Read More
Two Ian Curtises
Yesterday was the 40th anniversary of the death of Ian Curtis, Joy Division frontman. We consider his...
Read More