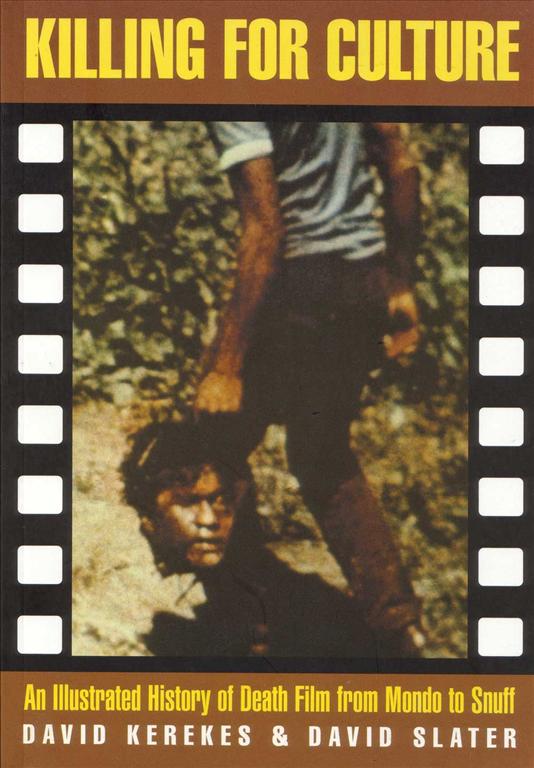 This is the out of print early edition.

Killing for Culture is a unique definitive investigation into images of death — both real and staged — which have been captured on film either for cinematic or more sinister purposes: the complete history of the so-called “snuff movie” aesthetic.Included is a radical critique of feature films which have incorporated a snuff element; a comprehensive history of Mondo movies and shockumentaries; analysis of the validity or otherwise of supposedly real-life snuff footage and its links with certain individuals and organisations; a summary of other real deaths captured on film such as live-TV suicides executions news-reel footage etc; and also a comprehensive filmography.

The whole book is profusely illustrated with rare and extraordinary photographs from both cinema documentary and real life.

Killing for Culture is a necessary book which examines and questions the primal human fascination with images of violence dismemberment and death and the way our society is coping with a growing profusion of these disturbing yet compelling images from all quarters.