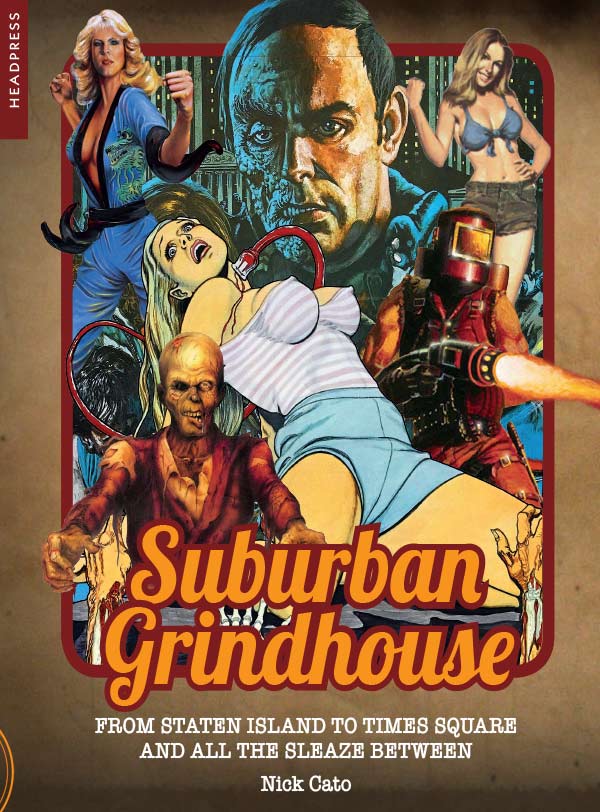 From Staten Island to Times Square and all the Sleaze Between

Part memoir, part film criticism, this book looks at the affect New York and New Jersey theatre audiences had on films as much as it is a book about exploitation films.

Shade Rupeauthor of Dark Stars Rising
Read More
Nick Cato’s desire for sex, blood, and filth fleshes out the lesser-known neighborhood venues where lone pervs would anonymously gather to get their collective rocks off. An essential addition to the grindhouse scholar’s shelf, Cato’s roadmap to cinematic depravity relights those long-dimmed and demolished dingy marquees, comforting us with the gentle solace and reminiscence of what can only be experienced in the darkest shadows of the cinema.
Michael Maranocolumnist and horror writer
Read More
No movie is an experience in and of itself. There’s a big difference between seeing Texas Chainsaw Massacre on a nice, shiny DVD in your living room and seeing it the way God intended–in a theater full of filth, cigarette butts, broken bottles and used syringes. In SUBURBAN GRINDHOUSE, Nick Cato becomes the Marcel Proust of trash cinema, resurrecting memories of the kinds of late, lamented, Mom and Pop fleapits in which seeing an anti-social movie with your buddies was a gloriously anti-social act. He writes about the total experience of seeing exploitation movies, and each entry in SUBURBAN GRINDHOUSE is a bite into a memory-packed Madeleine full of delicious sleaze.
John Szpunarauthor of Xeroxferox and Blood Sucking Freak
Read More
There was a time not long ago when I figured that I’d never have to read another book of movie reviews again. I’d been there and done that–I thought I’d seen (and read) it all! Well, I was wrong. Boy, was I ever wrong. Nick Cato’s Suburban Grindhouse is, quite frankly, one of the greatest books I’ve ever read. Funny, in your face, and most important of all, informative, SUBURBAN GRINDHOUSE is a rare treat, indeed. And– like my favorite movies–I look forward to visiting it again and again.
Dennis DanielDeep Red
Read More
So ‘you are there’ real you can smell the urine mixed with popcorn and cigarettes! You may even check your shoes for gummies! This one’s SO much fun to read.
Previous
Next

Book review books may be a dime a dozen, but how many include the actual experience of witnessing the movie in a theater? In Suburban Grindhouse, Nick Cato shares his time growing up in seedy NY and NJ theaters, and how many of these screenings helped to shape an opinion of certain films. Whether one of his beloved local theaters in Staten Island, NY, or at a double feature at the infamous 42nd Street in Times Square during its heyday, audiences were always lively and outspoken.

Most of the films discussed here were seen on their initial theatrical release. Some would be forgotten duds, while others went on to gain cult status. Some are now considered legendary. From 2010-2018, Nick Cato chronicled his favorite experiences at Cinema Knife Fight, a long running website that featured film reviews seven days a week. His column, Suburban Grindhouse Memories, was a favorite, and gained a loyal following. Suburban Grindhouse collects and updates this material, with plenty of bonus material including interviews with directors and stars. 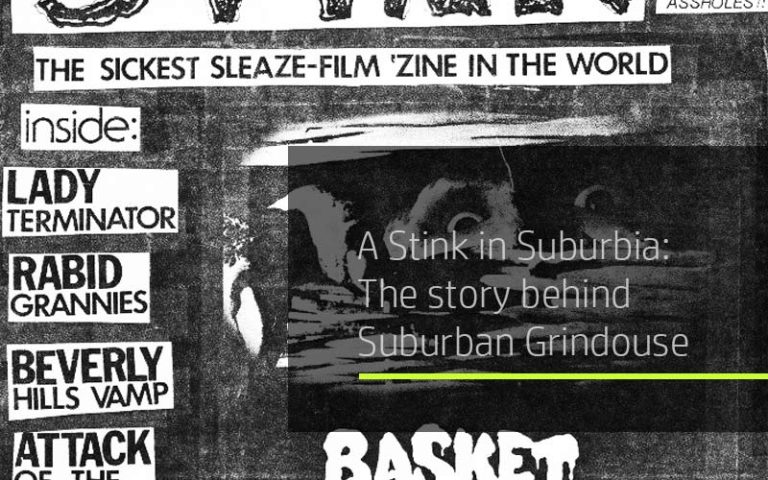 Nick Cato published the influential horror film fanzine STINK from 1981-1991, is the author of one novel and six novellas, writes for the revamped DEEP RED magazine, and hosts the Suburban Grindhouse and Iron Fist Radio podcasts.