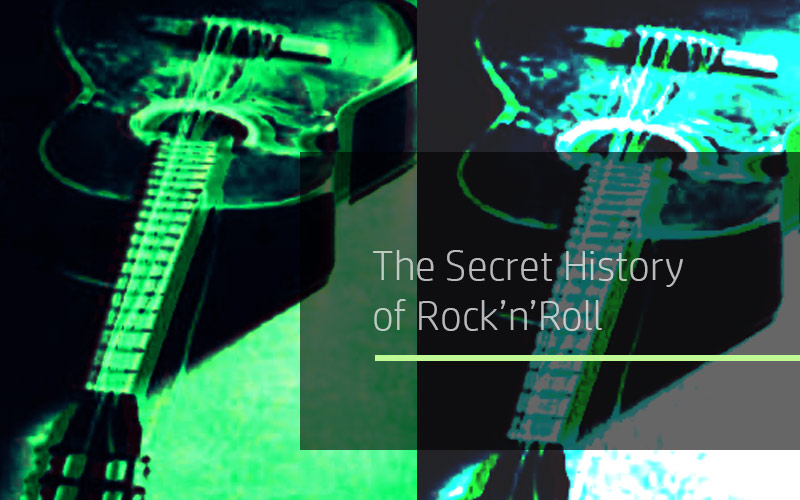 In Humboldt’s Gift, Saul Bellow’s narrator Charles Citrine has an enthusiasm for reading an encyclopaedia of religion, claiming that his contemporary America was rife with recurrent types found therein. The indications are that Citrine is thinking especially of the counterculture. By that point of his life, Bellow was comfortably reactionary, and saw civilisation as under siege by a similar barbarism to that which had brought down the Roman Empire. His friend, Allan Bloom, would later sympathise with Bellow’s criteria and conclusions, writing in his The Closing of the American Mind that, in rock’n’roll, the Dionysian had gained a dangerous ascendancy over its Apollonian counterpoint, resulting in a degenerate artform detrimental to the cultivation of a responsible citizenry.

Lately, as aging musos get over the fact that younger generations will probably never cleave themselves to banal musical fads such as ‘punk’ again (at least with the same vehemence), there is a growing enthusiasm elsewhere to establish precisely what the counterculture was all about. And, from rock’n’roll’s apologists to its detractors, the tendency in all but the very driest of inquisitors is to indeed see the phenomenon as intrinsically mystical. On this topic Jim Morrison and Billy Graham (not to mention Bloom and Bellow) find themselves on roughly the same page. Rock’n’roll, it is broadly agreed, is somehow allied to the spirit world.

That Christopher Knowles has written a book dedicated to elucidating this consensus should be something to get excited about. ‘Acute’ is too blunt a word for Knowles’s blog on contemporary occult matters, The Secret Sun, where visitors can find scintillating yet lucid guides into very strange terrain, such as the esoteric agenda behind Ron Paul’s bid for the Republican nomination, or Richard Dawkin’s little publicised belief in the so-called Ancient Astronaut Theory. Conspicuously drawn to the outré, Knowles somehow manages to keep his head, and is fast becoming a weapon of choice when I feel inclined to convince friends that we live in a weirder world to the one pre-packaged in the Guardian.

This level-headedness has much to do with Knowles being a Jungian, who do tend to be soberer crackpots than most. As was the case with their esteemed progenitor, however, many Jungians also strike me as a little too comfortable perched on the fence between natural and supernatural explanations of the world, maintaining this precarious balance with the rather fluid concept ‘archetype’. And, for better or worse, it is the archetypal exegesis of rock’n’roll that Knowles has chosen to concentrate on here.

Specifically, the recurrence of archetypes pertaining to the ‘Mystery Religions’, in which Knowles sees the whole phenomenon of rock’n’roll as rooted in. ‘Most of the Mystery religions were distinctly countercultural’, he writes, ‘offering a direct, personal relationship to a god without a priest or middleman’. Knowles points out that the transforming rituals and initiations that formed the crux of the Mysteries depended upon elements such as music, intoxication, dancing, performance etc and argues for an even more exact concurrence between the initiation experience and the ‘gig that changed your life’ cliché.

Knowles begins his study with a concise tour of the Mysteries in general, and I enjoyed the refresher on Isis, Osirus et al, which segues into a history of the decline of Rome, which the author suggests was at least partly consequent of the Christian eradication of the Mysteries. From there his history starts to gain momentum, and his thesis credibility, as the various revivals of the Old Gods in the New World are shown as being frequently allied to crucial moments in the genesis of rock’n’roll, with Robert Johnson’s crossroads pointing both forwards—to the influence of Crowley on the Stones, the Beatles, and beyond—and backwards—to the African Mystery traditions brought to America via slavery.

From that point, sadly, the book veers a little off course. Having established his palette of ‘archetypes’, Knowles proceeds to simply carve rock history up between them, offering potted biographies of a succession of acts he sees as belonging beneath that particular archetypal banner. So for the chapter ‘Metal Militias: The New Korybantes’—the original Korybantes were a bunch of ancient warrior priests that used to prance about screaming and clashing their armour together—we get a selection of career overviews featuring the Kinks, Cream and AC/DC. In this instance the analogy is fine, and even fun (heavy metal, innit) but the bios ain’t. “Then they recorded the less celebrated… Due to drug problems the band temporarily … Renowned for their onstage antics … ” And so on and so on.

Worse are those chapters in which both the archetype itself and the corresponding selections seem frankly spurious, such as ‘Earth Mothers: The New Eleusininians’, an archetype whose female artists often ‘work in earthy rock idioms’ and sometimes produce work with ‘an undercurrent of suffering’ (Tina Turner and Chrissie Hynde are deemed suitable for inclusion).

On the whole though, the archetypal breakdowns work well enough. Interestingly, Knowles bucks Allan Bloom’s ascribing of an excessive Dionysian strain in rock’n’roll by kicking off his own survey with the chapter ‘Vox Populis: The New Apollos’. For these acts (including Elvis, the Beatles, the Beach Boys and Elton John), ‘the sunny aspects of Apollo are reflected in the predominant use of major keys and up-tempo rhythms’. Which, getting into the spirit of things, should make Paul Simon’s Graceland the ultimate Apollonian album …

Moving on, we run immediately into, of course, the Dionysians. Care to play? That’s right, the Stones, the Doors … The Velvet Underground? Afraid not, they’re ‘New Plutonians’ don’t you know. It’s quite a good party game, something that either testifies to the eternal and possibly transcendent potency of the archetype … or its infinite flexibility and therefore, perhaps, meaninglessness. A case in point being the fact that Bloom and Knowles can wield Nietzsche’s Apollonian/Dionysian in such differing senses, and with neither corresponding to exactly what Nietzsche seemed to be going on about in The Birth of Tragedy—which in later years Nietzsche seemed unsure about himself.

Yet, over time, Knowles’s archetypal prism does become increasingly vivid. While it might enhance one’s apperception a notch or two, however, all the bite-sized rock writing (which takes up around two thirds of The Secret History of Rock’n’Roll) is a bit of drag. Ultimately, readers interested in feeling the full force of Knowles’s erudition and critical thinking might well do better to head for The Secret Sun, while those interested in an incendiary analysis of the darker origins of the counterculture might do better taking a peek at Dave McGowan’s online study of the Laurel Canyon scene, Weird Scenes Inside the Canyon, or Gathering of the Tribe, Mark Goodall’s title on music and the occult.

Thomas McGrath was an assistant editor and Headpress muse for several years. He lives in North London.
Posts by this Author
PrevPreviousTYR 4
NextThe BridgeNext

Criswell’s Hall of Shame: Crimes Against Womanhood (Criswell Predicts Women’s Lib!)
Among his many predictions, Criswell often returned to one particular forecast: womankind’s domination...
Read More
Criswell Predicts Climate Change
Read the forbidden predictions of the Amazing Criswell, king of the pop celebrity psychics, noted for...
Read More
Tomato Cain and Other Stories by Nigel Kneale
Jennifer Wallis reviews the new edition of Nigel Kneale’s Tomato Cain and Other Stories, recently released...
Read More
My Bones and My Flute: Remembering Edgar Mittelholzer
David Kerekes explores childhood and two novels by Edgar Mittelholzer, My Bones and My Flute and The...
Read More
A Big Bad Beautiful Noize
The day the world turned GREBO! Author Rich Deakin talks about Gaye Bykers on Acid, Crazyhead, Leicester,...
Read More
A Thriller in Every Corner, Part 2
Part 2 of our interview with A THRILLER in Every Corner author Martin Marshall. The darker side of the...
Read More
A Thriller in Every Corner
MARTIN MARSHALL’s recent book, A THRILLER in Every Corner, is a meticulously researched valentine to...
Read More
In Praise of Noise: The Deafening Silence of the Pandemic
The pandemic has made the world a quieter place. Jennifer Wallis misses the noise, and writes here about...
Read More
33 Trapped Chilean Miners
We were recently prompted to dig out this short interview from the archives. SIMON MORRIS, perhaps best-known...
Read More
Clark Kent, Queen Victoria, and Alice: A Trip into 'Oedipus in Disneyland'
Scouring the Headpress shelves, Jennifer Wallis falls down the rabbit hole with probably the only book...
Read More