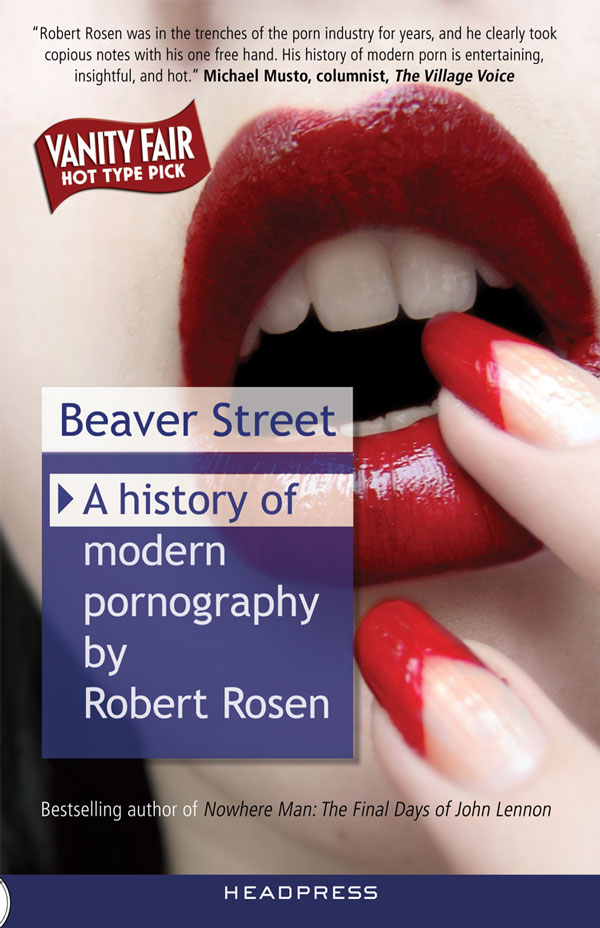 When Robert Rosen came to international awareness with Nowhere Man, his critically acclaimed portrait of Lennon’s last days, few knew that the author had spent two decades toiling as a publisher, copywriter, editor and photographer in the pornography industry. As a jobbing writer looking to make ends meet, he stumbled into porn at the moment his new employers, publishers of the ‘adult’ magazine High Society, invented phone sex. Initiating the latest phase in the historical alliance of sex, money and technology, the culmination of ‘dial-a-porn’ would begat the internet ‘free’ pornography boom and ultimately condemn the entire industry to commercial extinction.

The intervening years are the most tumultuous, and lucrative in the history of smut, and Rosen was present at the dead centre of its darkest hour: the infamous Traci Lords scandal, and the ensuing moral and legal crusades of the left and right, which would see him and hundreds of colleagues staring prison in the face. In Beaver Street, however, this former pornographer bites back.