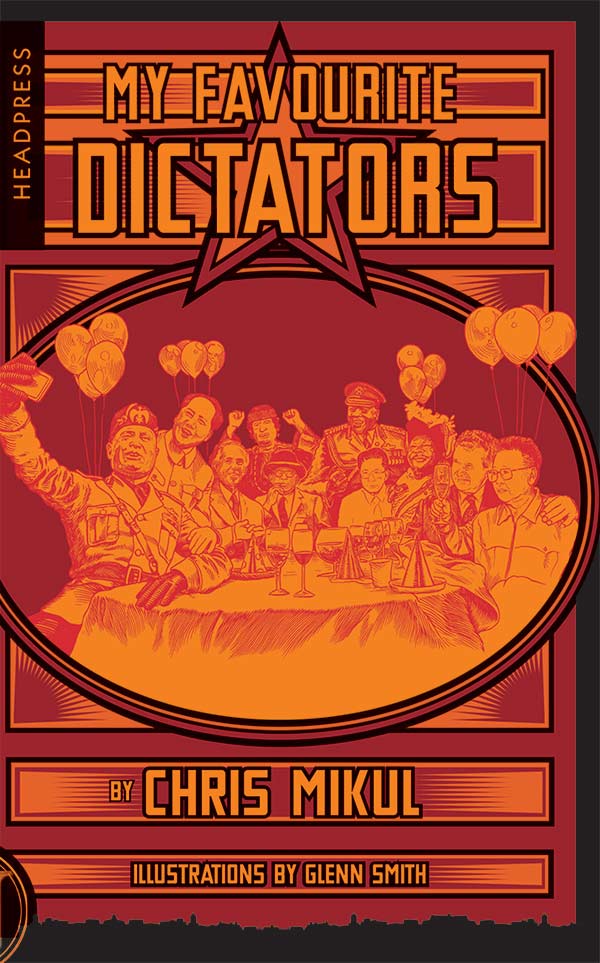 The Strange Lives of Tyrants

“I’m personally against seeing my pictures and statues in the streets, but it’s what the people want.”
Saparmurat Niyazov, dictator of Turkmenistan

Anita DaltonOdd Things Considered
Read More
Anyone with a love for strange ideas or eccentrics will need to add this book to their collection. [On the author's The Eccentropedia.]
Phil Baker

Fortean Times
Read More
Less exploitative than it looks, this historically sound book has a winning sanity and intelligence. It is a powerful reminder of mankind’s endlessly toxic irrationality, and we should remember millions upon millions have not had the luxury of laughing.
Previous
Next

A shocking – and amusing – look at the lives of some of the world’s worst tyrants.

Dictators may be among the worst people in history, but that doesn’t mean we shouldn’t laugh at them. In My Favourite Dictators, Chris Mikul tells the stories of eleven of the twentieth century’s most colourful and reviled human beings, including Benito Mussolini, Mao Zedong, Muammar Gaddafi, Idi Amin, Saddam Hussein and Kim Jong-il. In each case, he examines the political backgrounds to their rise to power and eventual downfall, but the focus here is on the personalities, peculiarities and private lives of these very strange men. You’ll be amazed and appalled by their effortless cruelties, voracious sexual appetites, absurd personality cults, ostentatious uniforms, promotion of dreadful art and pretensions to being great writers – not to mention their terrible taste in interior decoration.

With the rise of the populist right and a perceived increase in authoritarianism around the world, there is a renewed interest in dictators. Trump, of course, is often likened to a dictator.

The book differs from most works about dictators because, although it gives a comprehensive account of their rise to power and the reasons behind it, the focus is on their personal lives, including their often hyperactive sex lives.

Glenn Smith’s brilliant illustrations distinguish this from most other books about dictators – and indeed most other history books. 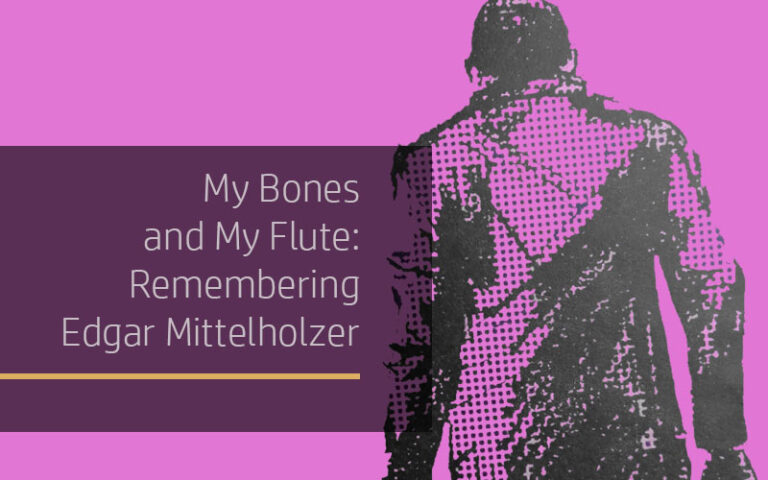 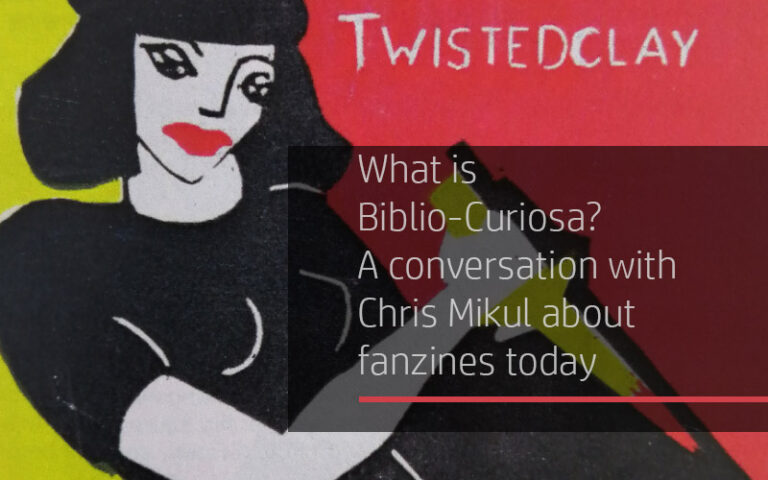 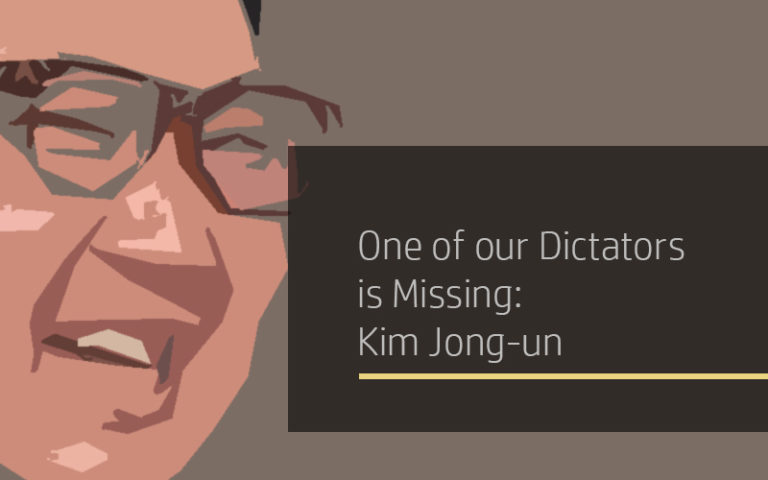 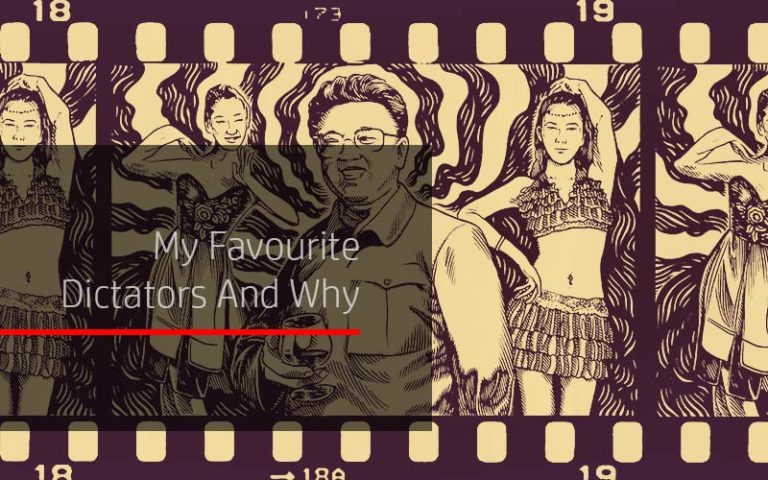 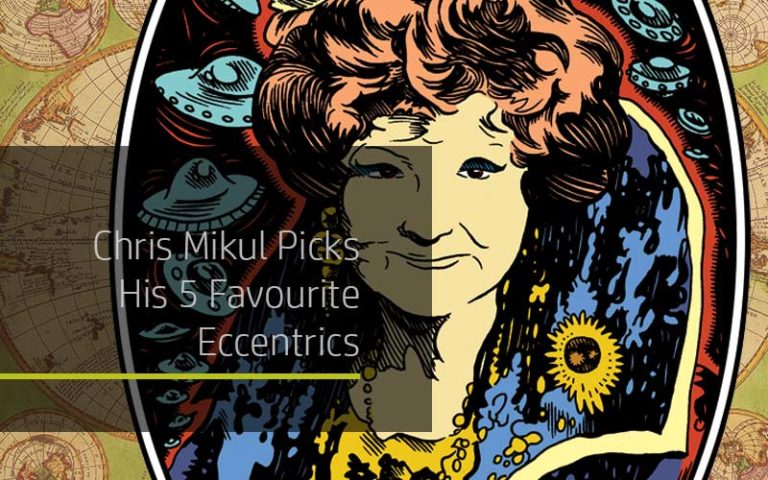 MY FAVOURITE DICTATORS
The Strange Lives of Tyrants 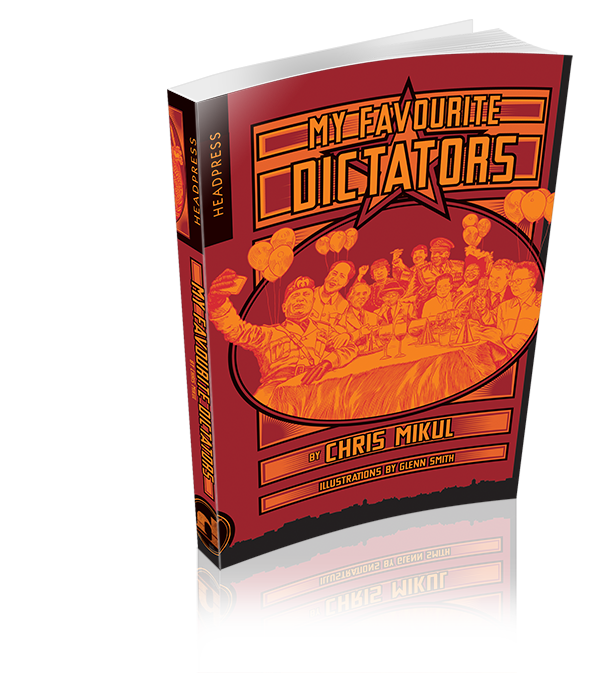