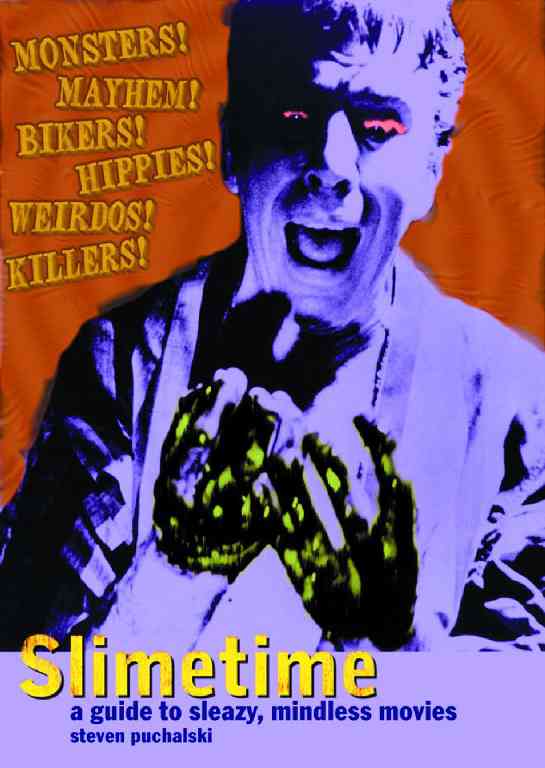 Thrill to The Worm Eaters! Gasp as Bruce Lee Fights Back From The Grave! Quiver over Truck Stop Women!

With in-depth reviews, Slimetime investigates those films which the film world has deemed it best to forget. Everything from cheesy no-budget exploitation to the embarrassing efforts of major studios. Many of the motion pictures in Slimetime have never seen a major release, while some big hits have ‘vanished’. To compliment the wealth of reviews are detailed essays on specific sleaze genres such as Biker Blaxploitation and Drug movies.

This greatly updated and expanded edition contains many new reviews and illustrations, plus a first-hand account of a riotous rare live appearance by Hunter S. Thompson!

Some of the best bizarre film commentary going! With sharp no-nonsense verdicts — The Village Voice

One of the best books ever — Jane