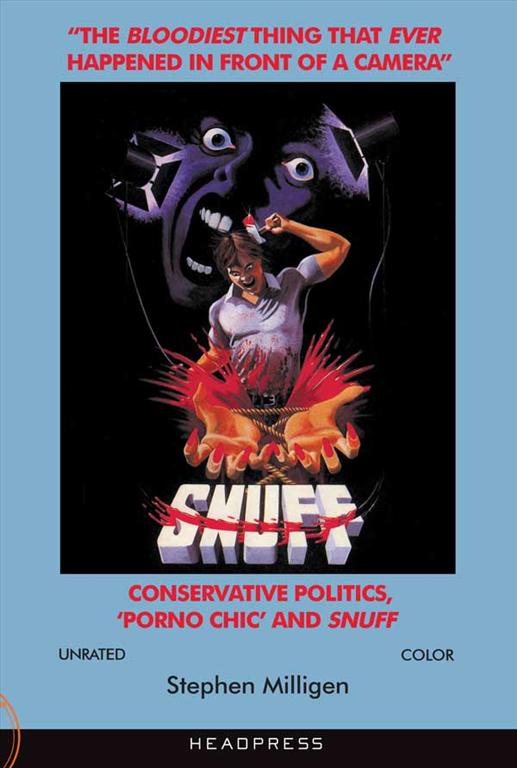 “An intelligent, sociological look at US politics that forces readers to reappraise landmark organizations. Its extensive footnotes and index also make it a useful reference point.” — Carol Anne Davis, Children Who Kill

In the early 1970s, outrageous claims were made of a new blood-spattered cinematic extreme. This was the legend of the ‘snuff movie’, which promoted the inhuman notion that a woman had been murdered to satisfy the sexual appetite of a jaded public. The story was produced by a kind of madness incarnate, but it reflected the desperation of America in cultural turmoil. ‘Snuff’ was a backlash against the naïve liberalism of the counterculture, embraced by people who preferred to believe the worst about their society. Once unleashed the concept was embraced and manipulated by the tabloid media and a variety of political and social crusaders, each using it to further their own cause.

This book is the true, startling and hideously exploitative history of that legend and how it was created. SNUFF—THE BLOODIEST THING THAT EVER HAPPENED IN FRONT OF A CAMERA!